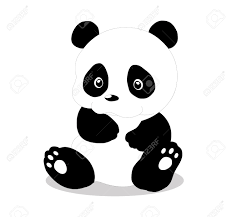 Do you like nostalgia? Approaching middle age? I am middle aged, well I’m at the top end of middle aged, but I won’t go into that; I have noticed more and more as the years continue that there seems to be stuff around that seems to jolt my hippocampus and I feel all gooey inside when a song brings back fond memories, or I find an old book with a 1970s cover in charity shops, or I look at an old photograph of my junior school on a Facebook group. All the memories come flooding back and I love it.

There is a town close to me called ‘Loughborough’ that I’ve mentioned before in past posts that is quite old. The Great Central Railway is there, a steam train that goes from Loughborough via Quorn, Rothley and then to Leicester. A week ago, unbeknown to me, the town had a car show. It was actually really good, and car enthusiasts descended on the town in droves to take a look at the cars on show. It started with really old cars then moved down the line to about the 1990s era.

This is where that bit of nostalgia came in. I saw a Panda, a Fiat Panda, the first car that my grandma bought me when I passed my test at the age of 18. It really wasn’t worth the money that she paid for it to be honest, and it was a bit of a piss take car, but I quite liked it. When I caught sight of the Panda it brought back lovely memories, good and bad.

1…The Good, (There’s not many!)..It’s shiny white paint, the primitive car radio, the added cuddly toy I put on the back window with it’s suckers for arms, (barking I know!), the quirkiness of having the spare tyre under the bonnet. That’s about it.

2…The Bad. The trough for a dashboard, the back seat that resembled a hammock, the stiff gear stick, (my god it was stiff, I had to use brute force sometimes), it’s tinny engine noise, it’s non-existent suspension that seemed to crumple up your vertebrae whenever you flew over a bump in the road, it’s laughable quality……and so on.

As you can tell it wasn’t that great yet it was my first ever car and I kind of liked it. I’ve always had a ‘make do and mend’ attitude when it comes to cars because basically I’ve never really had the money to buy a decent one and the ones I ended up with gradually fell to bits and I had to stick stuff back together and just put up with it.

The day was great all the same. I saw a Panda, with it’s bonnet up, which showed the public its wheel in it’s quirky place. I had a look inside to see the trough, minus the crap that was always in mine, and the hammock in the back made from checked fabric, the sort of cloth that your granddad would cover his legs up with to keep warm. An altogether boxy looking vehicle with the added bonus of a clattering engine that would inform your passengers you were approaching even though you were about 2 miles away.

Here’s a photo of the Panda 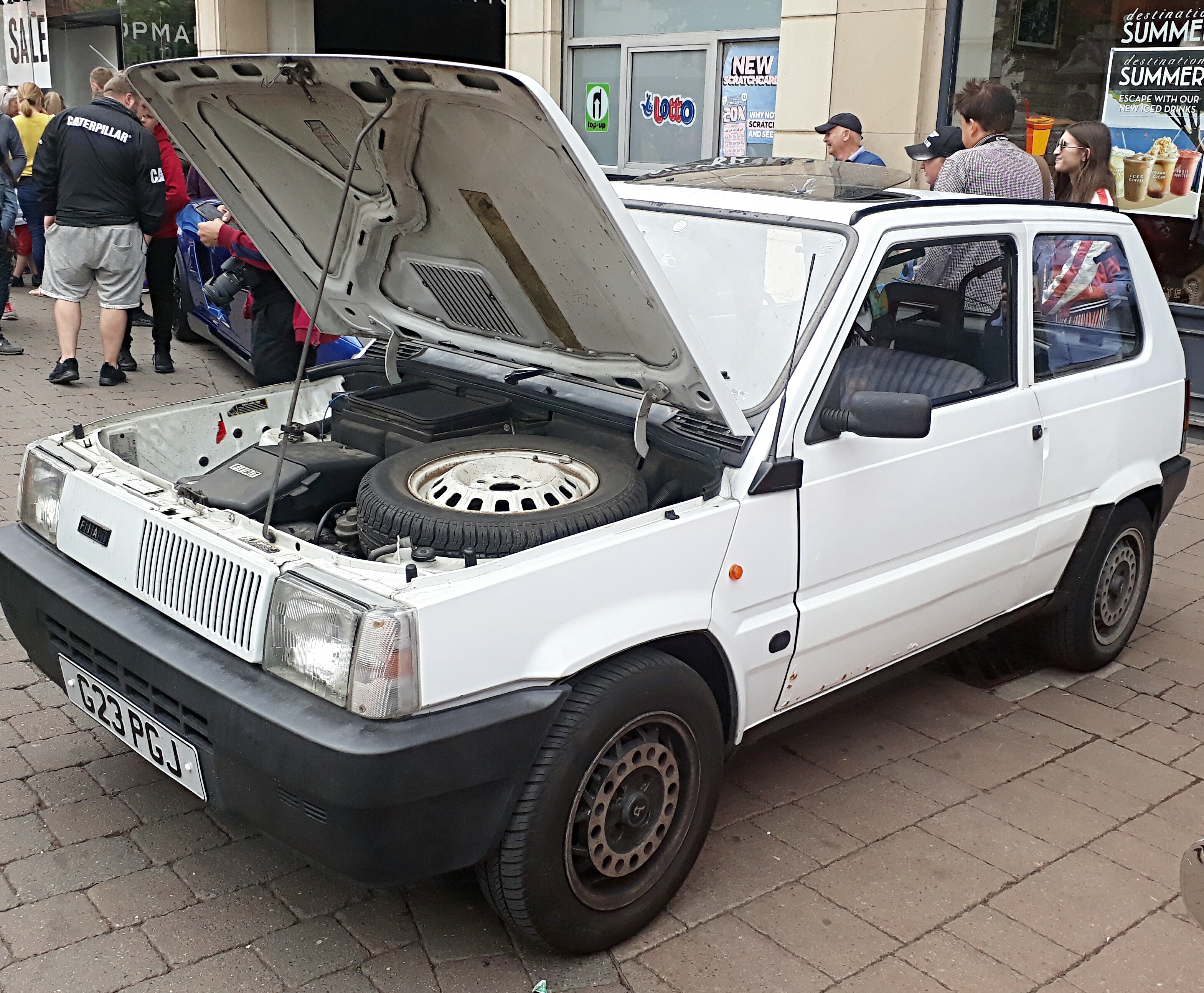 PS.. I took this one of a Fiesta Mark ll. I always wanted one of these. 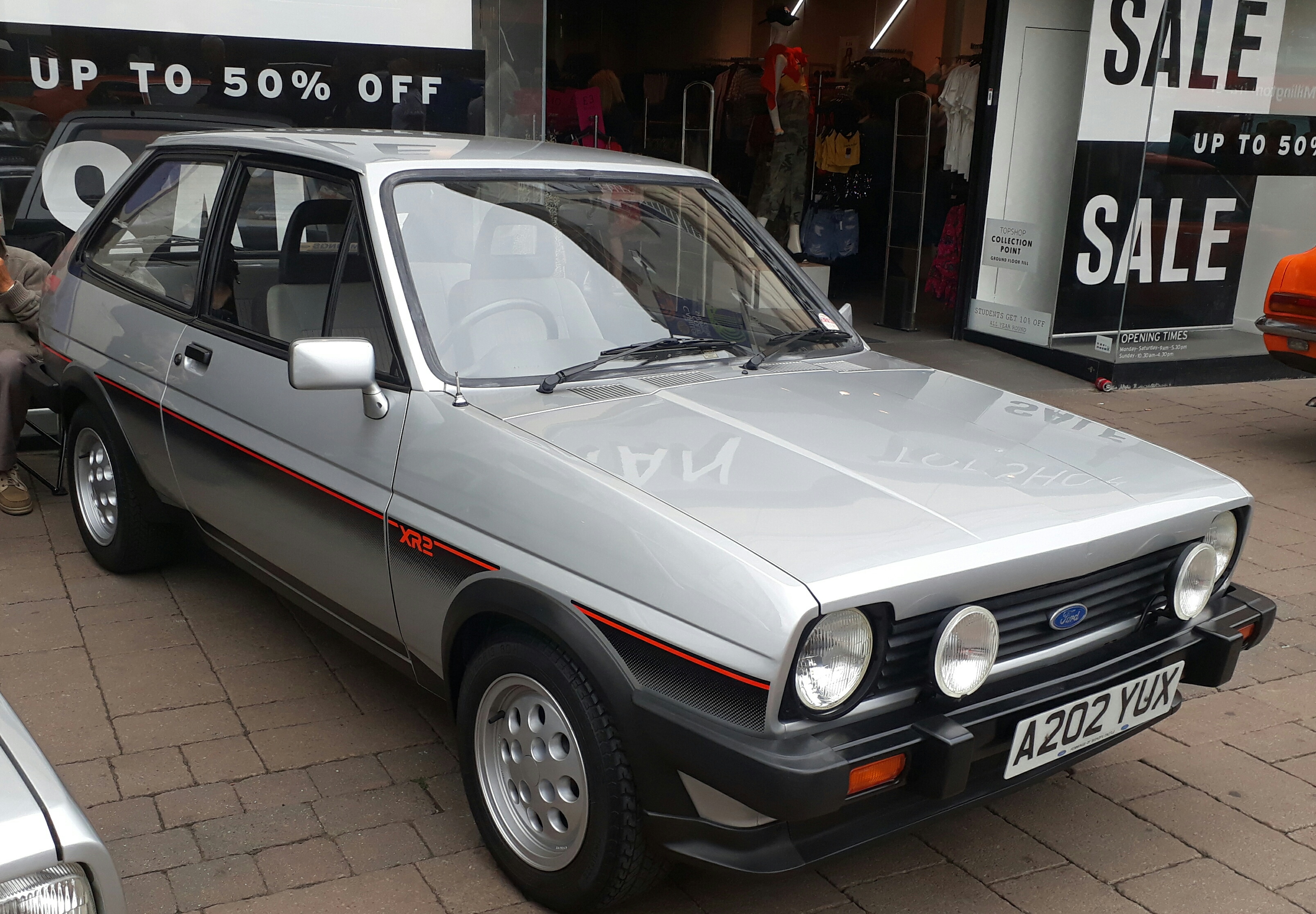 PPS.. Do you know why I was also proud to have a Panda? Well, I was the only one out of my group of friends that had transport, so I was the Bee’s knees!

The Christmas Presents I Received in the Past that Turned out to be a Bad Idea.

Your Grandfather was a Rag and Bone Man!