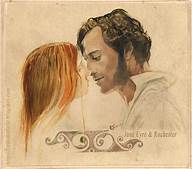 I’ve just finished reading Jane Eyre for the third time and once again I thoroughly enjoyed it. It is a book that is told through a first person narrative, and deals with the development of Jane’s spiritual, moral and emotional needs as she grows from a 10 year old through to a mature woman. The novel approaches the issues of feminism, sexuality, class and religion that existed at the time period of the 1780s to the 1820s, or thereabouts.

The story is set in 5 phases which deals with Jane’s early childhood where she is raised by her Aunt Reed at Gateshead Hall, reluctantly so, having become an orphan due to her parents’ deaths. Her existence there is deprived of love and affection, with the added turmoil of being abused physically by her cousins. At the age of 10 she is sent off to Lowood charity school for orphans, which is based on Charlotte Bronte’s own experience of the harsh and cruel conditions that the children had to bear, (two of Charlotte’s sisters died soon after they returned from the boarding school they attended). Jane’s experience of Lowood bore similarities to these experiences.

Jane qualified as a teacher within the school for two years and then applied for the position of a governess at Thornfield Hall, where she met and fell in love with the perplexing Mr Rochester. She had the responsibility to educate and nurture her ward, Adele, which provided her with much solace after her severe and un-loving time at Lowood. One thing bothered her greatly though, the servants unwillingness to open up about the secret room, and what it contained.

The fourth section is about her time spent with the Rivers family, where she finally finds a part of her life fulfilled by the addition of her new found relations: another marriage proposal, and her subsequent return to Thornfield Hall, where she comes back to her true love Mr Rochester, and marries him due to changed circumstances.

I found the novel was well-paced and captivating. The character of Jane was a woman that had a strong constitution, humour, maturity and a calm and giving nature with seemed to set her in good stead for all the problems she faced throughout her life. Her love affair with Mr Rochester was laid out as a friendship of open minds and an understanding of feelings and emotions. This led to a falling in love of the deepest kind which set them both on a path to finally be together as one. It was beautiful to read. I’m a bit of a romantic softy so it tugged at my heart a little.

There are themes within the narrative that focus quite heavily on religion and a sense of doing good, which may seem overly excessive to our modern minds, yet I felt there was more emphasis on being kind and showing goodness to ones family, friends and lovers.

Jane Eyre is a classic, and for good reason. A remarkable story that highlights the strength of character of a small child that grows into an educated and independent person.