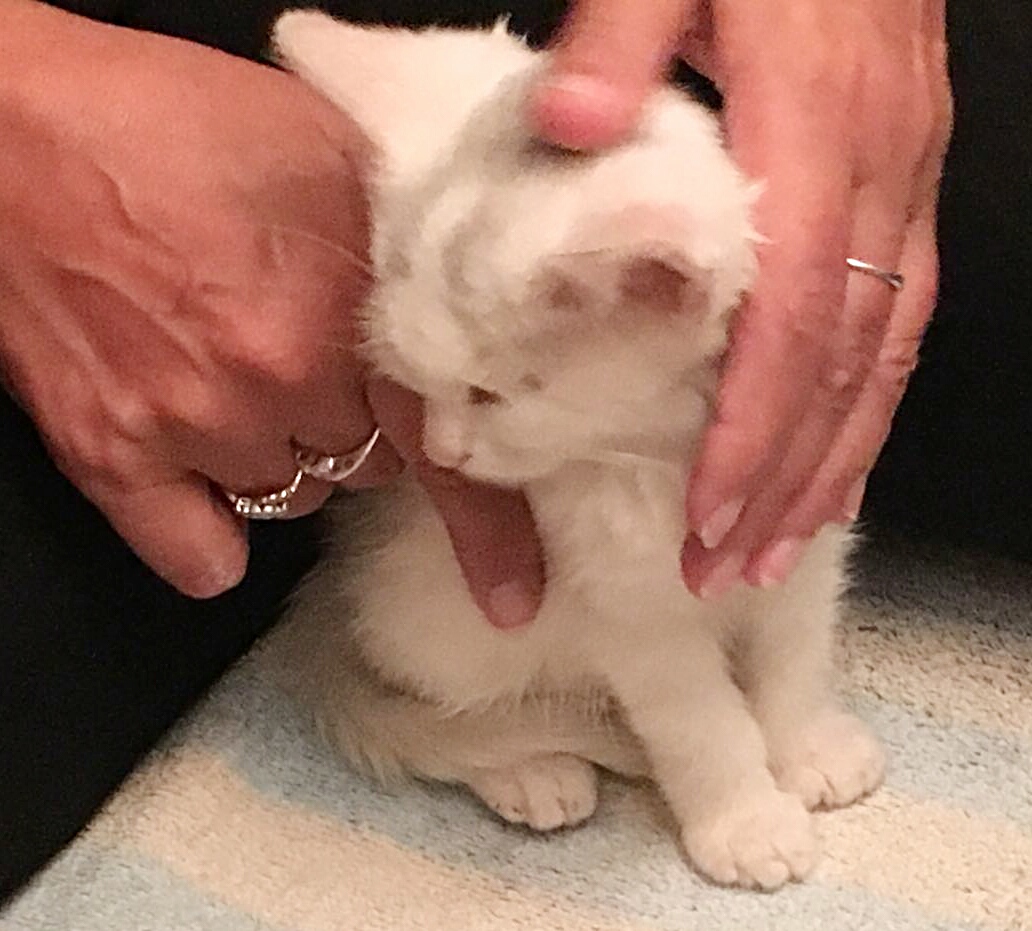 I’ve had a very busy couple of days. My mum has been looking after a couple of stray cats over the last few months, and about a week ago this little kitten turned up outside her back door. He looked OK, albeit quite thin and dirty. She began feeding him but over the next few days he became quite poorly and was laying on the grass in her garden lethargic, even thinner and with sore eyes bless him. I knew something wasn’t right and couldn’t just leave him because I knew that within a few days he would die.

I took him to a vets who were fantastic and discovered after a check up that he actually had cat flu. The reason probably was because he was feral and had had no protection from diseases such as injections etc. His heart and everything else was pretty healthy, but he was tiny, flea ridden and could hardly open his eyes because of the soreness. He was in such a sorry state. The vet asked me if I’d take him home and look after him for a few days so that he could have his antibiotics. I said yes of course, but it’s been a little tricky for me because I also have 2 cats and a dog of my own, so I thought it would be a good idea to keep him in my bedroom.

I purchased a litter tray which he uses, with a little bed and his food. He’s eating well and responding brilliantly to his medication and becoming alert, playful and fussy. I have actually developed such a soft spot for him that I am going to have him living with us, fingers crossed he continues to improve.

It’s been hard work, but definitely worth it when you see a little life survive. He is incredibly cute and quite pretty for a boy. I still haven’t a name for him yet but I’m working on it.

I’ll keep you posted on his progress. x