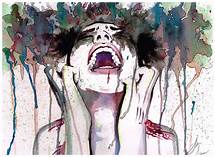 Somebody asked me the other day what it’s like to live with anxiety. The fortunate ones among us who have never experienced this debilitating condition are baffled by the word anxiety and the meaning of it. It is also difficult to explain the condition to someone that’s never been affected by it.

The definition in the Oxford English Dictionary describes it as.. ‘A feeling of worry, nervousness, or unease about something with an uncertain outcome’.

I’m going to write this post, in question and answer form, to try and simplify how anxiety makes me feel. This is actually a true scenario because a trusted friend of mine did ask me these very questions a few months ago when we were out having lunch together. She wanted to understand what it was like because she’d had a similar experience. I’ll call her Katy.

Katy…”So when did your anxiety begin Pip?”

Me…”I think, to be honest, I’ve always had it from being very young, but it was harder to define because I was a child and the feelings I had seemed normal to me. It does run in my family and apparently, we can have a genetic predisposition to have it anyway, regardless of our upbringing. I remember experiencing headaches and stomach pains whenever I had anything to do at school that was unfamiliar to me, and I would worry for weeks about some things that were quite trivial in nature.

I was generally ok after that for quite a long time with nothing significant affecting me that I can recall. And then, when I was 31, I had a miscarriage, stayed for a day in a hospital and experienced feelings of failure as a person and total inadequacy, mainly because I felt that I was pathetic because I couldn’t carry a baby.

Katy…”But you did have children? Did the anxiety affect you during this time?”

Me…”It really began significantly from this age onwards and it’s always been there. I had my first pregnancy, which was physically ok, but I did develop mild depression whilst I was carrying him because I was constantly worried I was going to lose him. PTSD.  The birth was traumatic and ended in an emergency c section. When my baby was 4 weeks old my moods just wouldn’t lift so I, on the advice from a doctor, started a mild form of anti-depressant, which helped. I became pregnant with baby no 2 and then my depression really took a turn for the worse. At the 24th week of pregnancy, I was diagnosed with ante-natal depression, which was absolutely awful. (See my post ‘My experience of ante-natal depression)

After having my second child, I was a little better but had to take anti-depressants from that day to this.

Katy…”But why such a long time, that’s 15 years? My doctor says I could be off mine in 6 months”

Me…”I think it’s because we are all different. I think health professionals try to wean you off them eventually and it can be done. I have come off mine a few times because I actually started to feel really good, and that, unfortunately, can be a  problem. You start to feel so much better and think you don’t need them anymore, but when that happened to me I realised that my mood started to drop and I felt depressed again. It’s  never a good idea to just come off the anti-depressents without the advice from your doctor.

Katy…” So how does it make you feel?”

Me…”Well, I can honestly say that I generally go through life fine. I go to work and I have two children that keep me occupied. I also have friends who I socialise with, but I still have times when, and this is even when I’m on anti-depressents, where I have what the doctor calls ‘episodes’.

I had a really bad one last year, but the circumstances were not favourable. I had lost my job, my divorce was finalised, I was financially in a mess with two children to look after and my dog died on my birthday. I was just waiting for something to hit me in the face in the short time around this period.

Katy...”That is a lot to cope with; traumatic stuff”

Me…Well it was, but at the time you just kind of muddle through it all, don’t you because you have to keep going? I woke up one morning with chest pains, pains down my arm and I panicked. I rang the doctor who wanted me to pop down for a quick check-up. All was fine, but I entered that doctors surgery in a blind panic, shaking, crying and I was all alone. I felt vulnerable and frightened. The doctor held my hand and calmed me down and said that there was nothing wrong with my heart and I was having a panic attack. He gave me an ecg to put my mind at rest, prescribed me with some strong medication to relax me and told me to go home to get some sleep.

I had to take these tablets for a few weeks because I was in such a state, I couldn’t sleep and I had no appetite. My mind was constantly consumed with feelings of dying and leaving my children alone. For the next month or so, I suffered from feelings of ill-health, pains in my chest and constant headaches. I had felt that everything the doctors were telling me, about my health were untrue, and that they were missing something. (Health anxiety is like this, which I was diagnosed with, a constant worry about your health and that the worst will happen). I eventually came through it with the help of my best friend, Louise! And my mum.

And that’s how the general conversation went with my friend the other day. I did reciprocate and ask her about her feelings, but I just wanted to share my part of the conversation.

I have unfortunately experienced another ‘episode’ this week, of extreme anxiety. And I know why it happened. I have someone I love very much struggling with a terminal illness, I’ve had financial worries and my hearts been broken, so it’s the grief and worry that I’ve found hard to contend with. These things in life act as triggers and can grind you down. I had some worries about my health at the beginning of the week at work, took myself down to the doctors again, for reassurance. I was told that there was nothing to worry about and I was fine, and yet the worry has been there for 4 days and I’ve hardly eaten and my sleep has been terrible. But slowly, I’m starting to feel a little better.

If you are suffering from anxiety it can be absolutely awful to live with. In fact, I’ll go as far as to say it’s a Bastard to live with. You can try and describe the feelings to someone, but if they have never experienced it themselves, it can be very hard to get your feelings across. My doctor told me that the panic attacks I experienced are the result of a heightened rush of adrenaline which makes your body alert and ready to run. I told my doctor that my feelings give me physical pain and he said that that happens. Your body tenses with fear and your muscles contract which creates real pain. It is not my imagination.

I have decided to visit a health professional to undertake a course of CBT therapy to try and address my problem. I need to be able to control my thoughts that are generally irrational, yet I haven’t the ability to do that and I’ve realised that I need help. I will post my experiences on this over the next few weeks.

Checking for lumps, bumps and signs of illness

Reassurance from loved ones

Unable to control your thoughts

Checking for symptoms on the internet or books

Convincing yourself you have a serious illness

Avoiding anything to do with medical books and the Internet. (Some people use avoiding behaviours)

Ways to self-help if you have anxiety and panic:

Seek help and advice from your GP and counselling services

Speak to a trusted friend for support

Join a forum online that deals with helping mental health. You can discuss your feelings with people who are going through the same thing.

See a counsellor about your specific issue. This really helps, I promise!

Rely on people who you know really love and care for you. Try and avoid people that create anxieties in your life, if possible.

Go for long walks. The fresh air will clear your head, distract you and get your heart pumping and will use up your excess adrenaline. Better than that, if you can, Run!!!

Here is a link that you may find valuable    http://www.anxietycentre.com 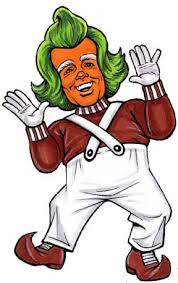 6 Week Respite as an Ooompah Loompah 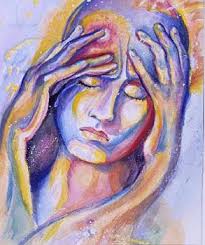 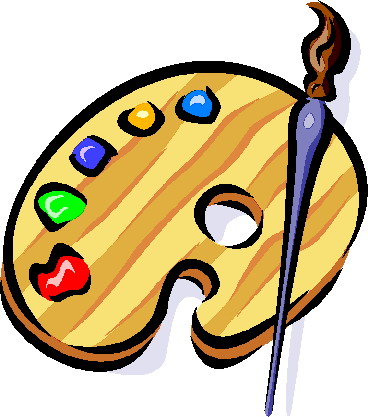