I bought this book a couple of weeks ago as I am learning to speak French and I want to find out as much as I can about visiting France. It really is only a short train journey for me on the Eurostar and then ‘Voila’, I’d be there quicker than you can say ‘Je suis ici et il est temps!’ I cannot believe I’ve never actually been to that wonderful country, with its amazing history and culture, but this year I will definitely get there.

Anyway, this interesting book is written by an English woman who has lived in France for the past 15 years, so understands the misconceptions the English have about the French and their way of life. 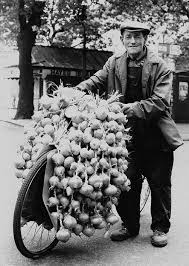 The quintessential Frenchness of the freshly baked croissant, the rudeness of the waiters and the glamorous essay of Parisian women are investigated as each chapter unfolds by giving examples, culminating in whether the subjects are myths or truths.

The French drink wine with every meal

The French are uncommonly rude

The French are paranoid about their language

France shuts down for August

The book features almost 50 chapters and dispels many myths that people have about the French.

The archetypal Frenchman, in the eyes of the non-french, is a man wearing a striped shirt and wearing a beret whilst riding a bike festooned with onions. The first chapter gives the explanation of where this misconception arose and who the ‘Onion Jonnies’ were!

This is an incredibly interesting book with facts galore. I couldn’t put it down, to be honest, and it was well worth the money.

It has instilled in me a greater need to visit this historic and fascinating country. And I also want eat lots of cheese (which they do…..Fact!)