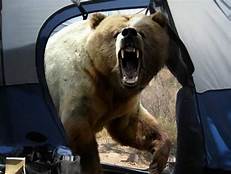 I have writer’s block this evening which has been occurring a lot lately.  I decided to look online for some ideas on writing a new blog post and this guy had written a really good list of blog post ideas. If you’re the optimist these ideas are great, but with me, being one of the most pessimistic people in the country, I quickly noticed the ways in which these suggestions just wouldn’t work for me. The list comprised of a set of things you can do when you have no money, you know the sort of thing, skint to the extreme and your thinking of things to do without the use of some cash in your pocket.

1. De-clutter and sell your stuff….I can honestly say that my stuff doesn’t really amount to anything significant. I have quite a few books that I don’t need and these could go to a charity shop so this is an option.

2. Attend a free movie in the park…. Come again?!!!! I live in Britain. The concept of traveling to a venue and enjoying a free movie would be absolutely marvelous, but generally, nothing comes free in Blighty and there’s usually always a catch. England doesn’t do these sorts of things; we live in the dark ages!

3. Have a picnic… Well, this is a possibility, if it’s not bloody pissing it down, which happens nearly every day. The weather has been that miserable, damp and grey for that long, that I have been unable to wash my curtains and all the big stuff for the last 5 months because you just can’t get it dry outside.

4. Bike ride…My beloved 20-year-old bike was taken away by the council old trash pick- up service 2 weeks ago because it was, well just rusty and dilapidated, with flat wheels and a skew-whiff handlebar. But I did used to go on bike rides. Mmmmm, I may get another bike, this is a promising option.

5. Play a board game… This is an option that I would relish. If however I mentioned to my two teenage boys that our Saturday night entertainment would include the playing of a board game, they would announce, “ But mother, that’s why they are called ‘Board Games’ because they are frigging boring, now go and have a game of patience  on your own, get me a glass of juice and make it snappy!”

6. Learn a new skill… What does jump to my mind with this one is the ‘Learn Crochet set’ I bought for my mother at Christmas. She has mentioned that the instructions are very difficult to understand and could I help her to get going with it. I have a feeling she wants to make the tea cosy or a coat for the dog. This could be learning the new skill. But have you ever seen the instructions for a crochet or a knitting pattern? It’s like learning to speak Chinese backward. Impossible, like a convoluted language that no one I can think of would have the patience to sit and bother to fathom out. Well, I certainly haven’t got it.

7. Another bizarre idea on the list is to build a fire but it doesn’t state why. I would not light anything that has the possibility of igniting because knowing my luck we would encounter the most dangerous tornado that this country has ever experienced, and I don’t think England has ever had one, and it would hit my city at exactly the time I had built my little fire to melt my marshmallows, and swoop it up and blow it into all the fences along the line of houses where I live and burn the whole bloody street down. These things do really happen to me! I regularly say in my everyday life “I can’t bloody believe this is happening to me!” Fires are right out! (A slight alteration on the funny phrase used by Michael Palin in a Monty Python sketch)

8. Camp in the backyard… Err, nope. Too many foxes around in the evening and the constant stink of weed that permeates the area at the back of my house. This would not give me a pleasant experience. Actually, my boys would think I was crazy doing this because they wouldn’t join me and I’d be in there, the tent, on my own, awake and shaking with all the sounds of Axe murderers outside.

9. Go fishing…. This would be quite nice I think. To sit on a river bank with a rod, a stove, some beans, a teapot, a bucket of maggots, a bucket of sprats or whatever it is that fishermen (or women) catch, with the constant companionship of random dogs coming up to sniff what I’m all about, salivating in my bean pot, and having a piss up the side of my fishing tent. Don’t think so.

10. Go to the beach… I wish! The nearest beach to me is a  100 miles away, therefore, petrol costs, a mid-drive call to the AA,  ice cream, candyfloss, rock, fish and chips, fair-ground rides, cups of tea and buying necessary seaside tack would cost a fortune. Out of the question!

So I’ve come to the conclusion that the best thing to do when you have no money is to go to bed and sleep!

20 Seconds Only Please/The Irritation of the Queue

The Sun’s Contribution to my Series of Unfortunate Events