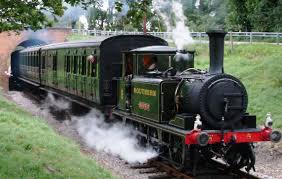 My dad was a singer and guitarist from the age of 15 until he passed away in his late fifties. He played on the coast and concert halls around the country.

I had a varicose vein operation when I was 28. Now that’s young!!  They’ve come back, the veins;  and I will always have crap legs!

I was a fairy in Shakespeare’s  ‘A Midsummer Night’s Dream’ at a theatre when I was 13. I met the actress ‘Emma Thompson’.

I know the majority of people love this healthy fruit, but I actually detest the taste and smell of strawberries. My friend, who I see quite a lot, buys food items (like strawberry ice cream at the cinema), so he doesn’t have to share it with me.

I still use the 1980’s spray bleach for hair called ‘Sun In’. My locks have always had a dry crispy quality.

I was a good hurdler as a teenager and won a gold medal at an East Midlands sports event for schools.

I have a fear of enclosed spaces and crowds. If I’m in a crowded room, I need my partner with me at all times to ease my fears. I have anxiety attacks sometimes because of this.

I once rescued a wild pigeon that had hurt its wing and was in a bad way. I took it to the vets and nursed it back to health for a couple of weeks and then watched it eventually fly away, restored and free! (sounds like a piece of furniture!), I was so proud!

I do tend to worry about what I say to people. I do lack confidence.

I once appeared on ‘Tiswas’ as a very young child.

I was a hairdresser’s model when I was 16. She, the hairdresser, won the regional competition with the style she created on my barnet. I was a Punk! It appeared in the local paper.

I’m extremely handy at DIY and can put flat pack furniture together and decorate my home. I have too; I’ve got no one else to do it for me!

I love eating, but I hate cooking.

My great uncle swam the English Channel in the 1960s.

My great grandmother ‘Virginia’ was a pianist for silent movies in the early 20th century.

I am a Republican.

I always wanted to be an ‘Archaeologist’, but I never took the opportunities as a student and worked in a factory making clothes. This is one of the biggest regrets in my life 🙁

One of the most exciting things I can do is go on a steam train. I would quite happily travel for thousands of miles on a train.

Just before Christmas one year, when I was about 12. I went to the local city centre and spent the day shoplifting with my friend. I was subsequently arrested and put into a police cell for 4 hours. I was cautioned and my parents were devastated. They took me home and made me watch ‘Prisoner Cell Block H’, (The acting was terrible! ;). It put me off, and I’ve never stolen since that day.

I met a man at the age of 43 who turned out to be the love of my life. I never knew what love was until I met him, but now I do.