I am going to Whitby for a holiday next week, so because of this my good friend recommended I read before I go, Bram Stoker’s Dracula. I have reached the age of 48, having been an avid reader from my earliest memory and had never read the classic Gothic horror. Bram Stoker wrote the book in 1897 and visited the town of Whitby in England seven years before, where it is said he gained the inspiration to write the book.

It is written in an epistolary format which works wonderfully, going back and forth as you read the journals and letters of the different characters. The introduction involves Jonathan Harker. who travels to Transylvania to undertake paperwork for the Count Dracula. It soon transpires that the Count is keeping Jonathan a prisoner, and the story unfolds with the characters then residing in Whitby, such as Lucy Westenra, who becomes Dracula’s second victim, having the life blood drained from her, without her knowledge, until Dr Van Helsing arrives and suspects a vampire being the culprit. Poor Mina, Harker’s fiance, soon begins to suffer in the same manner. The story is incredibly well written and gives you a feeling for the times that existed over 100 years ago. It is spooky, a little scary and Stoker mentions many times the areas and landmarks around Whitby where Dracula and the characters lived. St Mary’s Church, the 199 steps and the River Esk. It was an amazing book to read. 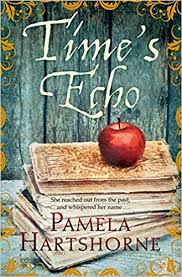 A time-slip novel centred on the present day ‘Grace’ who inherits a house from her godmother and then through visions, goes back in time 400 years to 1580s York, where she becomes acquainted with ‘Hawise’ a young girl who is accused of being a witch. You can really tell the author is an historian, having studied for a PhD in Medieval Studies, as the atmosphere in the story is set out so realistically. You really feel as if you’re there walking the streets of Elizabethan York in the past. It’s a sad ghostly tale, with the poor heroine suffering at the hands of her brother-in-law and the way she contacts Grace in the present day about her experiences. It was another amazing story, but I love historical fiction anyway. 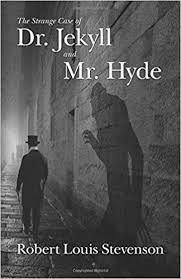 Once I had read Dracula, I had the Gothic thirst in my bones and I yearned to read another horror. So it was inevitable that I had to pick up this one from the library. A  famous tale covering only 100 pages, yet it certainly packs a punch. The story involves the good Dr Jekyll and his need to experiment to find his inner evil self. Gabriel Utterson and his cousin suspect foul play when their good friend Dr Jekyll makes the cruel remorseless Edward Hyde the sole beneficiary of his will. Utterson, a well respected lawyer, thinks that Hyde is blackmailing Dr Jekyll and seeks to help his friend. After a murder takes place of an innocent man, Jekyll refuses to see or speak to any visitors and shuts himself away, and then the story unfolds. A very enjoyable story and quick to read. 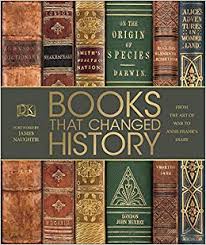 I was given this book last Christmas as a present and I have near enough finished reading it. A large non-fiction book covering, as the title states, books that changed history. Starting from 3000 bce to 1900 onward. it covers works that have had significant impacts on culture, literature, science and history since the earliest times. There really are some really interesting book reviews with great details explained such as:

The Egyptian Books of the Dead, the blue Koran, the Domesday Book, The Codex Leicester, Micrographia by Robert Hooke (this was fascinating), Samuel Johnson’s Dictionary, On Origin of Species and the Diary of Anne Frank. In fact, and I’ve counted them, there are 74 books featured with full descriptions and history. Its brilliant!!!