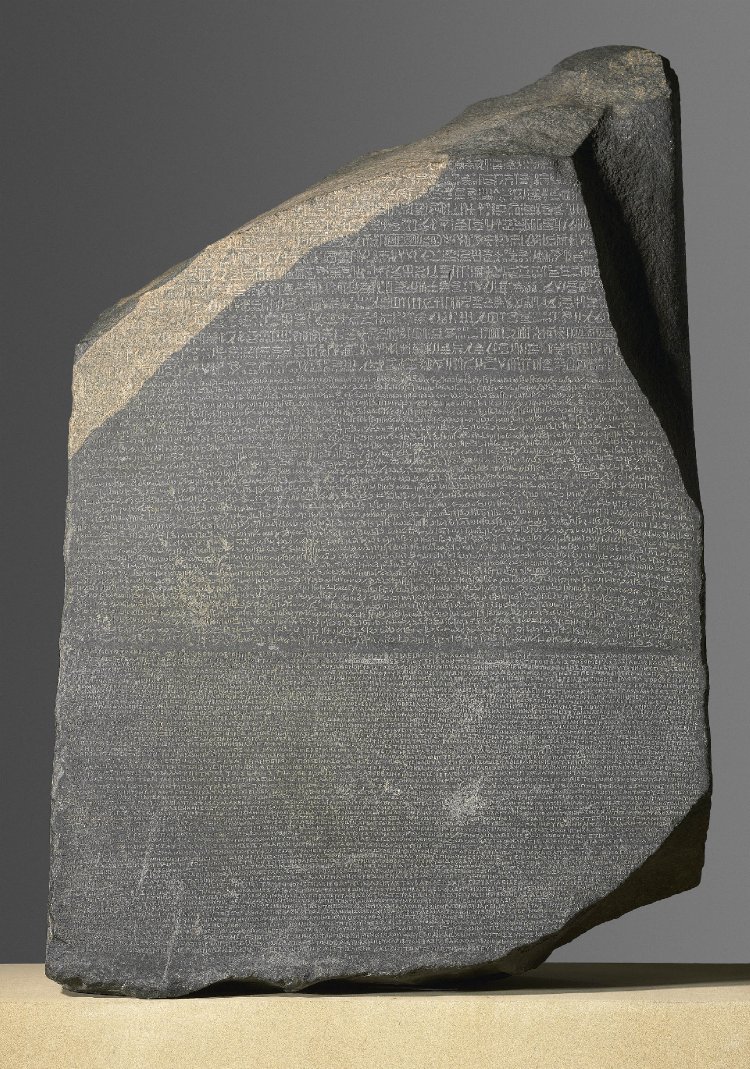 It was a cold September morning as my friend and I boarded the train and headed for London’s St Pancras Station. We were going to the city for the day and I was extremely excited as it was the first time I had ever visited London. I was, by this time, 44 years old, and it was unbelievable to think that I had only ever been an hours train journey away and it was my first ever visit.

London is vast and has so much history that you have to be very specific with your sight-seeing as there is nowhere near enough time to cover everything you wish to see. I love museums and that was my goal, to visit the British Museum’, and see something in particular. I am also interested in archaeology, so the sections in the Egyptian rooms were definitely at the top of my list.

The main reason for my visit was to see the Rosetta Stone. Basically, it is a section of a granite slab discovered in 1799, by Napoleon’s army in the City of Alexandria. I did some research on the subject once for an exam I was taking, and the fascination started with me from thereon. What is so wonderful about it, as you may already know, is its given mankind the ability to decipher hieroglyphs, the ancient Egyptian system of writing. Before this time, explorers had been unable to translate any of the symbols and signs that covered the temples and tombs of the Egyptian race. The Rosetta Stone was the key.

The text is basically quite trivial, just a re-establishment of the rule of the Ptolemaic kings of Eygpt at about 196BC.  Fragments were broken from all three of the scripts, with the top Hieroglyph section being damaged worst of all. The writing, in the form of a decree, was written in ancient hieroglyphs, demotic text (the common text of the people) and Greek. Obviously, as Greek is still spoken today,  it enabled the entire writings to be translated and an understanding of the ancient language was achieved.

It has been on show at the British Museum since its discovery and is well worth a visit.