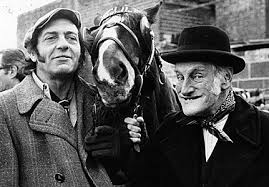 I was looking at some old black and white photographs the other day of my great-grandmother when she was a baby. It was in my Aunt’s collection which I remember looking at when I was a little girl. If my great-grandmother was alive today she would have been 119 years old! I remember quite vividly going to her home during my dinner break from junior school when I was  8 years old, and she at the time was about 80.

My great-grandmother, Evelyn, was a very special person to me and I was incredibly close to her. She had so many interesting stories about the ‘olden days’. She used to talk to me about her childhood, and what it was like growing up in the Midlands. She used to emphasize about how poor her family was, and the different ways in which they struggled each day to have enough money to buy basic food in order to survive.

Looking at these photographs the other day reminded me of the time, only a couple of years ago, when I decided to trace my family tree. It produced some surprising results.

If you do trace your tree, it is a good idea to focus on one member to start with, either on your maternal side or your paternal side. If you focus on too many people at once, it can become a little confusing.

Stories abound sometimes in families with tales of what happened in the past, without much proof to back it up, so I wanted to investigate firstly my Irish origins and prove whether the tales were true, that my great grandfather was a rag and bone man!!

My surname is Delaney and I definitely knew that this was a very common Irish surname, yet why was I born in the Midlands? This question has always intrigued me. I decided to join the  Ancestry.co.uk website for their free 14 day trial, mainly because I was on holiday from work and I needed a good amount of time to do some serious research. This website is excellent by the way.

I began with my father’s grandfather to begin with because there was always some speculation within the family that his father was Irish, and the census records actually proved that this was the case. I found out that my great great great grandfather was called ‘Robert Delaney’ who married a woman called ‘Mary’ in a place in Ireland called County Mayo. The records confirmed that ‘Robert and Mary’, not long after they were wed, left Ireland in about 1845 and traveled to the Midlands and settled in a slum area of the city which  I was born in. Obviously, to come over at this time, and live in a slum, was a hard thing to do as this meant that they had little money. Slum dwellers usually shared accommodation and lived in a block that had one toilet between 15 families. Their lives and situation, I can only presume, must have been pretty desperate and I still haven’t as yet found out the reason for their journey. I sense, after some additional research, that it may have been to do with the potato famine that was occurring at the time, where their only food source failed year after year and hundreds of people died of starvation. They probably had no choice but to leave the country before it was too late.

So this line of my family tree ended for me at this date, and I will endeavor to continue finding out more about my ancestors that came from Ireland, which is great for me because I can visit the country, sample the Guinness, dance to a fiddle and eat lots of soda bread. My kind of holiday!

The second part of my search occurred on my mother’s side. Her father, my grandfather, was born in a place called ‘Harrow’ in London. But what was unusual about him was his surname, Sorgatz, which was German. My grandfather’s mother, who was a cockney, informed us years ago that our ancestors came over during the First World War and that they were tailors. This I had to prove.

I consulted the records once again and went back 5 generations. My great great great great grandfather was in fact from German stock but came over from the country via Russia, and I still haven’t the faintest idea why! (I found this out from a shipping record).  I definitely needed to investigate this one!  Anyway, the census in the mid-nineteenth century listed him as ‘Alexandre Sorgatz’, a 21-year-old new arrival to the City of London who was living in a house for immigrants from other countries. The house was situated in ‘Westminster’ which I presumed upon realizing this, that he resided in a pretty affluent area;  but on further study, it became apparent that  ‘Westminster’ at this time,  consisted of a poor section of housing in London. The street is still there, and the very building, which I am determined this year to visit and take a look. Like many Jewish people of the time, his profession was listed as a tailor. Shortly after his settling in England, he met my great great great great great grandmother, Hannah, an English girl and he settled here in Britain for good. (at the end of this post, I have linked a youtube video just to give you an idea of what London would have been like at around this time. It’s brilliant to watch, as it’s the earliest known footage of the City).

I do need to continue finding out more about my ancestors and the reasons behind their stories. It does feel strange to think about these events that happened in the past and why they decided to move in the first place. Without their want for a better life and the motivation that was needed to make the move I wouldn’t exist. Food for thought!

The reason I have written this post is that I wanted to get across to you how fascinating it can be to find out where you originate from, and to question the tales that may have been told to you by close family members that may actually be complete hear-say.  After only a short time,  your ancestors become real people, and you can begin to put names to the individuals and try and work out their personalities.

As I mentioned earlier, the best place to start is using the website http://www.ancestry.co.uk They are still running a 14-day free trial where you can access their records.

This is the essential starter option. But there are other ranges to choose from based on a monthly subscription or Pay as you go.

For a worldwide choice option:

If you happen to have a little bit of time on your hands, I really recommend using this free facility with the ancestry website. It’s great!

PS: There is a facility available where you can connect with other members and view their family trees if they make it public. I found one of my grandfather’s ancestors this way, so this is also a really good option.

PPS: Oh, I nearly forgot to mention. My grandfather wasn’t a rag and bone man 😉