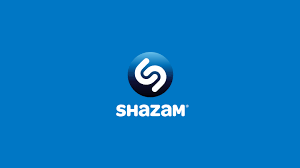 Shazam is an app I’ve been using for a few years now, and it’s mainly because I have a bit of a journey to work and back and I’m not the sort of person that can put on a radio station, and enjoy the offerings. I’m a fiddler with the knobs. I have a handy little switch on my steering wheel, which many cars have, and I’m forever changing the stations. The reason for this is because after listening to a track, the next one will undoubtedly be a song I cannot possibly sit through for the next 3 minutes. I’m a bit picky. Nevertheless, I will come across tracks I’ve never heard of (as you do), ones I’ve not heard for decades (as you do), and that rare tune that hits you smack into your hippocampus and takes you back to bygone days of playing on swings, eating ice lollies and having not a care in the world!

So because of this, I have my shazam app on the ready every day in my car to press that crucial button to remind me of the great tune I’ve come across, remember it, and keep it locked away in my forgetful menopausal brain for as long as possible.

Here’s some of the great tracks (well I think so),that I’ve discovered this month:

Well, to think this band have been around since the early 70s, and I know virtually nothing about them. There was a documentary on the TV over Christmas, called ‘Songbird’or something like that. It was about one of the founders of Fleetwood Mac, Christine McVie, and it was a brilliant documentary about the beginning of the band in England and their move to America where they met the duo, Buckingham Nicks, who they got together with and created some fantastic songs. The day after I heard this on the radio I was hooked! I love this song.

If I say to a British person,  can you remember the advert with the  gorilla playing the drums, you’ll probably have an idea of the song I’m about to show. I have always loved Phil Collins, and this song which I heard the other day is one of my favourites. It’s the drum solo towards the end that gives you the goosebumps. It was Phil playing obviously, not the gorilla. But you can check out the advert on YouTube if you fancy. It’s for Cadbury’s chocolate I think.

I went to a great gig in November last year. It was a tribute band called ‘The Smyths’. They were wonderful and the band were great with a very good Morrissey performer. My favourite song of theirs is Please, Please, Please let me get what I want. I had to buy the CD when I heard it again.

I heard this one over Christmas after a very long time. Great song, and not heard from this band for years. What are they doing now I wonder!

Ahhhhh, to satisfy the classical yearning heart. A tune of rich uplifting loveliness, so it is. Yes I can imagine gliding around a ballroom in a pretty dress. I can’t waltz for toffee, but what a nice thought x