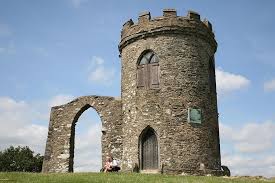 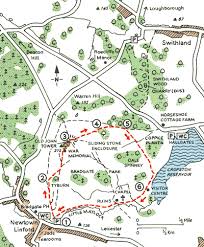 My son and I came for a walk to Bradgate Park last Friday for 3 miles of good exercise. It was a really lovely sunny day and the park always makes me feel refreshed and happy when I go.

I am fortunate enough to live just 4 miles away, and I consider to be one of the most beautiful parks in the country. Bradgate Park, situated in the town of Newtown Linford, Leicestershire, has a very long history. It covers 850 acres and has the River Lin running through it which flows into the Cropston reservoir. 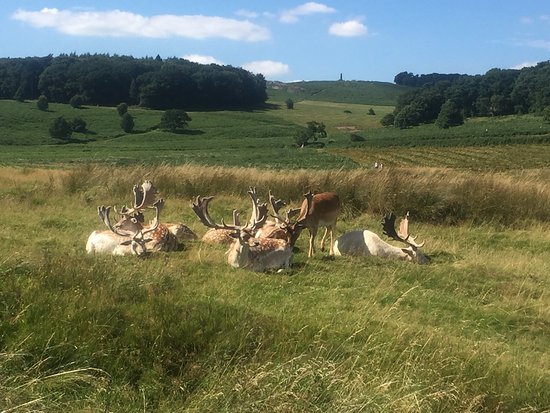 The park was first mentioned in 1241,  and was used as a hunting ground, but considerably smaller than it is today. It had 3 owners until 1445, when the Grey family acquired the estate after the previous owners daughter married Edward Grey.

The park remained within the family for the next 500 years, when it was bought by a local business man called Charles Bennion, who gave it to the public, ‘to be preserved in it’s natural state for the quiet enjoyment of the people of Leicestershire’. I have included some of my own photographs that I had taken on Friday, and ones from the Internet with links included.

The most recognised landmark is the folly known as ‘Old John’ on the top of the highest hill in Bradgate park. Built by the Grey family in 1784, the folly is a memorial to John, an estate worker who was killed in a bonfire accident during the 21st birthday celebrations of the future ‘Earl of Stamford. It has been said that the stonework built at the side of the tower was made to look like a jug handle, as a reminder of John’s liking of ale. Later on, in the 18th century, it was used as a vantage point to watch horse racing around the grounds.

There are also many deer that roam free around the park, and some of them can be quite tame. I had a cheese sandwich stolen over my shoulder once when I was having a picnic with my boys. A male deer’s large head looming over your shoulder can be quite scary. They are beautiful though, and to watch them run in groups over the park is lovely. 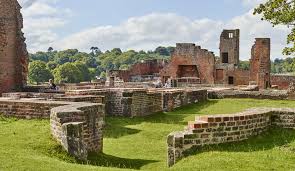 Another interesting fact is that some of the trees are at least 600 years old, and you can tell. Many of them are gnarly, oddly shaped and full of holes; the sort you could walk into and disappear into a fairy tale world. They are very interesting to look at, and children seem to love running in and out of them and climbing many of the rocks. 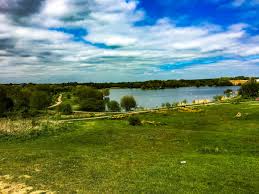 In your history lessons you may have heard of the story of Lady Jane Grey, the girl who was queen for 9 days. Well, she was part of the Grey family of Bradgate, and the ruins were her childhood home. And then, at the age of only 16, the poor woman had to have her head chopped off! https://www.historytoday.com/archive/months-past/lady-jane-grey-proclaimed-queen

There is the chapel within the ruined grounds of Bradgate house, which contains a fine alabaster tomb and various effigies, with ornate windows etc. It really is worth having a look around if you ever visit the park. It is worth checking for the opening times though for the house before you visit, because it is only open about twice a week.

I have included a map of the whole area so that you can see how extensive the grounds are, which are very well kept. The main entrance is in the village of Newtown Linford, which is a lovely street containing cafes and quaint houses. There is also a pub called the Bradgate Arms further along the road which serves lovely food and is great to sit outside on a hot summers evening. https://www.bradgatepark.org/