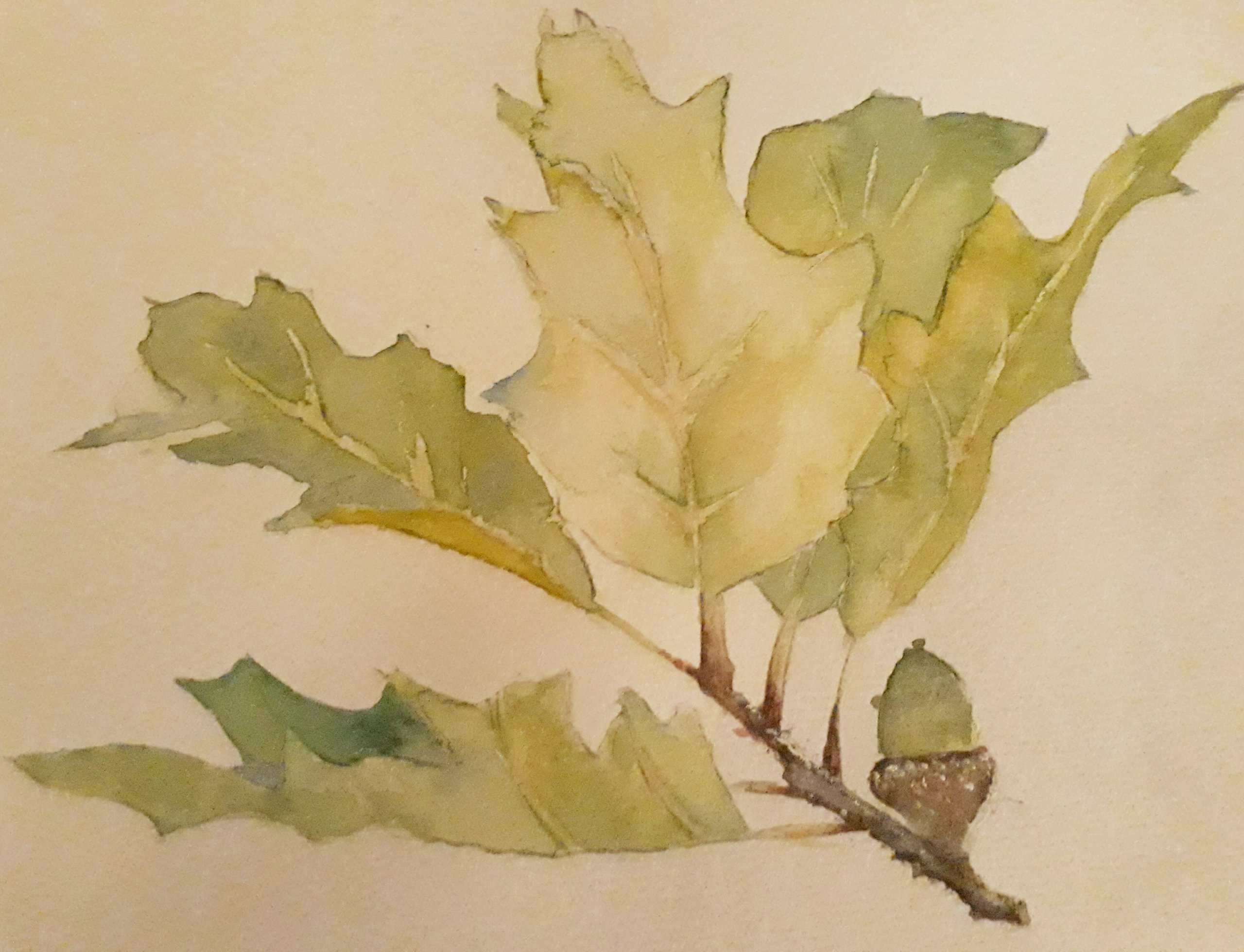 During Art Class 2 weeks ago, we were attempting to paint Botanicals, you know the sort of thing, leaves, flowers and succulents. I love how those cute little bushes are called succulents. Anyhoo, it was downright difficult, and after many attempts I concentrated on the drawing instead and brought it home figuring out that over the next few weeks I would apply the paint slowly and be moderately happy with the result.

I was pleased with my drawing, so about a week ago, I proceeded to use the techniques my art teacher had taught us. Using masking fluid, (irritating latex smelly rubber liquid that dries on the paper, thus masking off your highlights. You can then paint over with free rein and peel this horrid stuff off when your painting is dry. It leaves the parts white, the leaf stems in this case, but generally it also pulls off half your paper and creates thick lines). I absolutely hate the stuff, however, I used it as part of experimental botanical artwork. This actually ruined the whole painting as it created the thick lines that really needed to thin off towards the edges. Are you still there?!!! This reads really boring doesn’t it!!! 🙁

The paint application was dire; blocky in parts, hardly any shadows, and in the end I gave up.

Not to be a defeatist, which I usually am, I traced over the original picture and drew it again on fresh paper, after having watched a YouTube tutorial instructing on the most effective ways to paint leaves. It looked easy enough, but it was too difficult for me. I did what the guy said by painting around the stems, mixing cobalt blue with lemon yellow for a light green, then added a little Prussian blue for the darker green and then added ultramarine for the darkest shadow.

I applied wet in wet and it just didn’t work. I became exasperated and fed up, rushed the acorn at the end by blobbing bits of white on the shell thingy and mixed random colours for the underside of the leaf. And all the time this was going on, my two cats wanted to get in on the act and play with the brushes and kitchen paper and try and sit on the painting while it was still wet. My intentions were good, but it was a most unproductive evening.

I took a picture of the final result and binned it. I then opened the kitchen cupboard and poured myself a large gin and tonic and then all became well with the world.