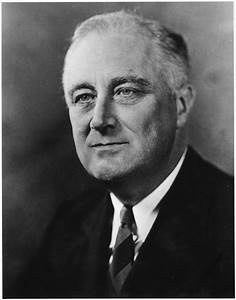 “When you’ve come to the end of your rope, tie a knot, and hang on” Franklin D. Roosevelt.

Quite comical isn’t it?!

I’ve done a little research about this 32nd president of the United States and was unaware of what was occurring around the world during his time in office. His term began towards the end of the great depression and the majority of World War II, in which FDR spoke quite often about perseverance, and I can see why. Initially, the country was neutral, then after Japan’s attack on pearl harbor, he joined forces with the allies. He has been considered as one of the 3 most influential presidents of all time. So, after I read his quote, which I must admit made me giggle, I felt the need to look at the man himself; what he was, what he did and his life as a whole. He became paralyzed also, and ones have suggested he contracted polio. So during his professional life and his private life, to quote the above does seem to have had a significant meaning for him.

So how do you feel about it? Do you sometimes feel at the end of your rope? (A term generally used to signify reaching a point in your life where you can’t possibly take any more crap)

I have been at the end of a very long rope on numerous occasions. But it’s interesting to see how we can use the length of the rope, metaphorically, and attach it to the longevity of our past problems or current ones. Sometimes we may have short trials in life that may last a few days, but we seem to come through. Or an excessively long one that can last for years, seemingly unending, and then finally a change will occur. 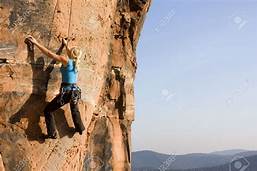 I think that’s what the quote means. You have to tie a knot (a triple one) in your rope, maybe around your waist and bloody hang on for dear life. I was in a relationship for years and was extremely unhappy and miserable; and in a sense, I hung on during the worst parts of it, the parts that gave me depression and anxiety, for my children. I figured that if I hung on whilst they were young, it would have less impact on them and create less friction within the marriage. In hindsight, I should have held on in a different way. I thought I was doing my best for them, but really I should have just left with them and got help from family and friends to get me back on my feet. The 3 of us calm, together and at peace.

I took the most stressful option at the time, yet my children were oblivious to it because they were so young. Nevertheless, even though the pain of holding on to a destructive relationship caused emotional turmoil for me, I hung on regardless because I saw the end and a hope for us. It took 3 years to finally go, but I did it.

I think this quote is very poignant and significant in many ways. We may suffer from ill-health, financial worries, marriage problems, grief and so on, yet somehow if we stick our feet in, and find that fire within our belly, or “Tie the rope and hold on” we can get through, whatever it is that’s plaguing our lives.

One thing I have learned, in all my 47 years of living, is that I am now unafraid to ask for support from people around me, friends, family and loved ones. And if we are living alone, there are organizations out there that can give us support such as ‘The Samaritans, Citizens advice etc. These good people will even put you into contact with the relevant organizations so that you can escape abuse in a relationship, to find some sort of financial support, or clubs and groups to join that may ease your loneliness.

So dear readers “When you get to the end of your rope, tie a knot, and hang on” FDR