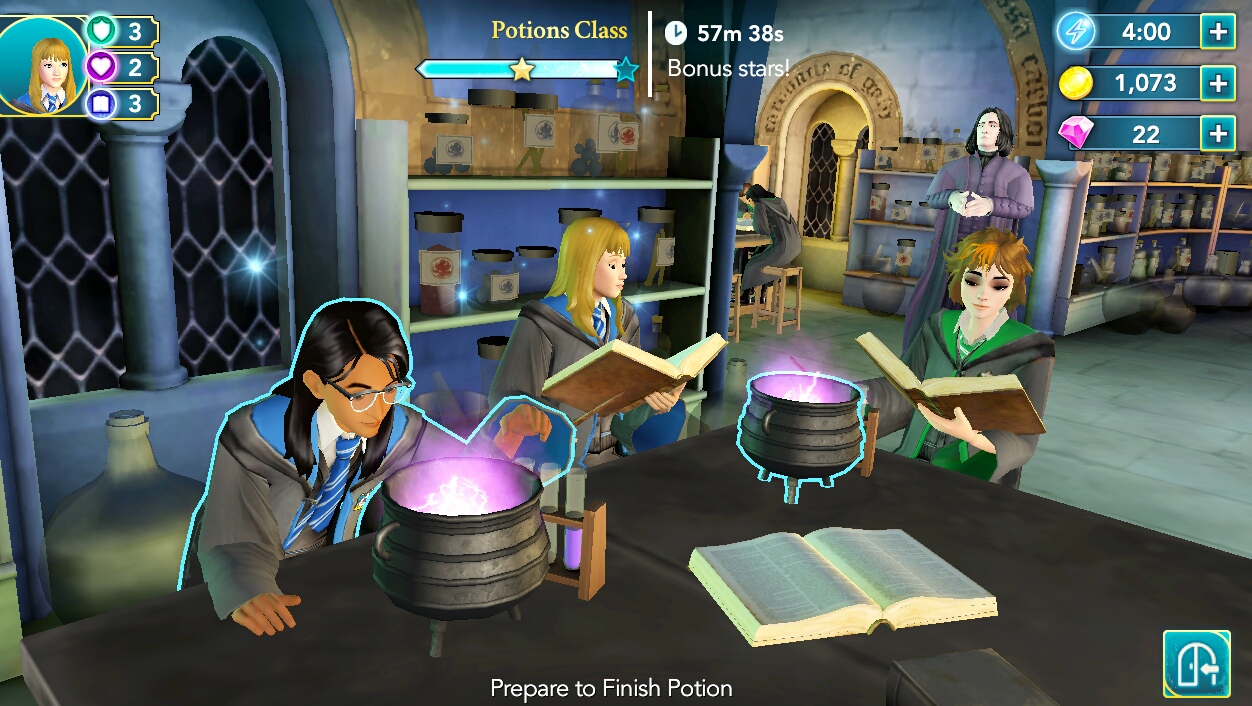 I wanted to talk about the great app that came out on the 25th April called ‘Hogwarts Mystery’ by Portkey Games. Me and my son have created our own avatars for the app, which you can do at the very beginning. You can also select the house you most identify with which is great. The sorting hat put me in Ravenclaw, which I’m glad about and was hoping for. Within the game, you can do all the things you could imagine doing if you were at ‘Hogwarts School of Witchcraft and Wizardry’. You can attend potions classes with Snape, charms with Flitwick, herbology with Sprout, and so on. Obviously, certain parts of the castle are locked until you accomplish certain tasks which will then open as the game progresses.

The time period is set just after the time when Voldemort attacked Harry Potter who is still a baby and living with the Dursley family. Bill Weasley, Ron’s eldest brother, who is a few years older than your character is at the school and you get to meet him later on. There’s a baddie called ‘Merula’ who you duel with and gives you loads of hassle as only bullies do, and depending on your answers to certain questions and your choices, this will determine how you fare as the game continues. Oh and I’ve just mastered the ‘Expelliarmus’ spell to disarm opponents which I’m planning on using on ‘Merula’, but Professor Flitwick has informed me that I can only use it as self-defense else I’ll get expelled! Got to be careful! (But then again she needs bringing down a peg or two so it’s worth the risk)

Me and my boy, who absolutely loves it, discuss how we are both getting on with the game and how far we have progressed; and because he’s a child who figures out stuff far quicker than me,  gives me advice on the best ways to deal with certain problems that I will encounter which helps me progress forward in the game.

So if you’re a fan of ‘Harry Potter’ you will really love this magical experience and can relive ‘Hogwarts’ each time you switch on.

PS… There’s been an issue with energy levels running out far too quickly, which does become frustrating. One tip my son has noticed is that if you’re in any corridors or rooms, click on the statues and paintings and you’ll release more energy.