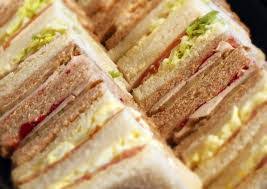 I was at a wedding the other week and it was quite lovely, with beautiful table settings decorated prettily. There was good music and great company. We as guests were treated to a lovely venue, and the evening buffet was truly exquisite. Tiny scotch eggs, mini sausage rolls, a scraping of pate, a hunk of bread with an olive pushed in, 3 dishes of savoury marmalarde (pronounced this way apparently), and a cheese board, where there was a girl serving minute slivers of your cheese of choice to accompany the other hunk of bread that was chosen that contained twigs of rosemary and dates.

The girl at the beginning of the serving queue had been given a flash card and two metal tongs. She looked like a crab with attitude. As we approached with our Barbie doll plates, she recited her lines:

Sour-faced girl “Smidge of a Porkpie?”

Me “Yes please; by the way, I bet you get fed up with saying those 3 words all night?” I said with a giggle.

She looked at me like I was a piece of nasty dog dirt on her shoe. It was just a joke for crying out loud, but I think she was obviously some kind of student who was doing a Saturday stint at a wedding venue and felt that what she was doing was demeaning, which I suppose it probably was.

Anyhoo, the whole point of this introduction, waffling aside, is that I was talking to my friend about this the next morning and we both agreed that we really felt quite deflated by the fact that there were no cheese sandwiches on offer. Call me old-fashioned if you will, but doesn’t everyone love a cheese sandwich cut into small triangles at a buffet. Even the Queen of England is partial to a cucumber sandwich and they are as about as basic as you can get. This same thing also happened to a family member who attended a birthday party at another venue last week who told me that the food consisted of beef burgers or hotdogs, and that was it. If you didn’t like fast food like this you were buggered, and I was informed that half of this was thrown away at the end of the evening; and this is the point I’m trying to get at.

A buffet when I was a child involved a spread of cheese and tomato sandwiches, ham sandwiches, open rolls with egg and cress, quiche (which was a novelty), pineapple and cheese cubed on sticks and little sausages on sticks.

Pots full of celery, pickled onions, pickles, mahoosive bowls of plain crisps, potato salad and probably coleslaw. There was bowls of trifle, jelly, cream, a strawberry and chocolate gateau, and it was all filling and good fun. A buffet like this actually provided quite healthy foodstuffs and vegetarian choices, and the clincher was that everyone slowly walked around the perimeter of the table oohing and aahing at the delicacies on offer and piling up their own plates until they were overflowing. And after all that, there seemed to be large amounts left to grab some seconds.

Buffets don’t seem to be like this anymore, and yet if you ask the average person, they will probably tell you there’s nothing quite like a cheese sandwich offered at a buffet.

And this is the point I’m trying to get at. Times move on, things change and evolve, habits change, cultures change and a change to newness seems important, but is it? Is it really so important to have a buffet with exotic miniature food that is different and oh so modern and on trend, because well you know, the salt-infused caramel bread with a side helping of duck pate that tastes like rabbit poo is just well, in! Or would you rather have something that’s familiar and you know you’ll eat it with gusto.

So that’s my whole point. I for one like stuff that’s familiar, like the shelving arrangement at my local supermarket. I go there because I’m used to it, I know where everything is on the shelves, and which aisle to find them on, and the majority of my neighbours go there for the very same reason. But some 14-year-old smart arse graduate will announce to his employees that there needs to be a change around because the fruit and veg section would look better near the entrance, where everyone comes in, which then will create problems and congestion to the extreme…..

Keep everything in its place goddammit it!

Oh, I’ve just got to pop this one in. Don’t put food on a board, it belongs on a plate. Drop the newness, keep it ceramic!

And lastly, the Car. My mum took her car in for its MOT last week and it needed a new alternator and because her car was made about 50 years ago, the mechanic informed her that the alternator could be fixed and parts added etc., however, he said with a heavy sigh; new cars are made in such a way that an alternator, if it goes wrong, has to be replaced as a whole, therefore costing the owner a small fortune. New stuff again to keep life simple, but it doesn’t does it? It bloody makes it more expensive and difficult.

So I’ve had a good rant this evening. I know that when it comes to medicine and science the changes and discoveries are beneficial to us all, but there are times when I Just want things to be kept simple; I think people want that sometimes. We all just want a cheese sandwich, do you get my drift?

4 thoughts on “Just a Cheese Sandwich”