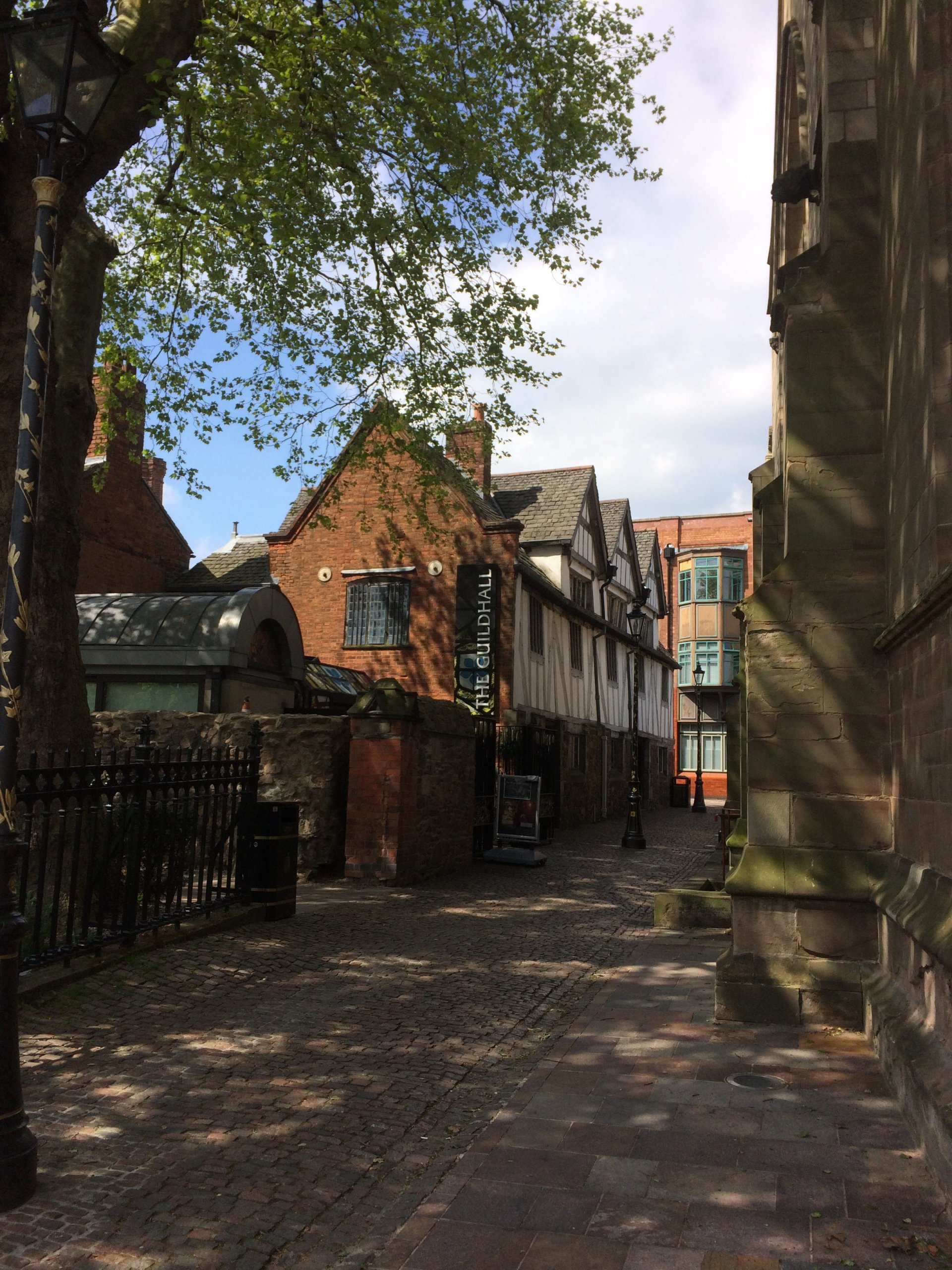 I have been off work this week, so I decided to take a few lunch outings with friends and take in some of the beautiful surroundings and historic sights within my locality and surrounding villages. I hope you enjoy looking at them x 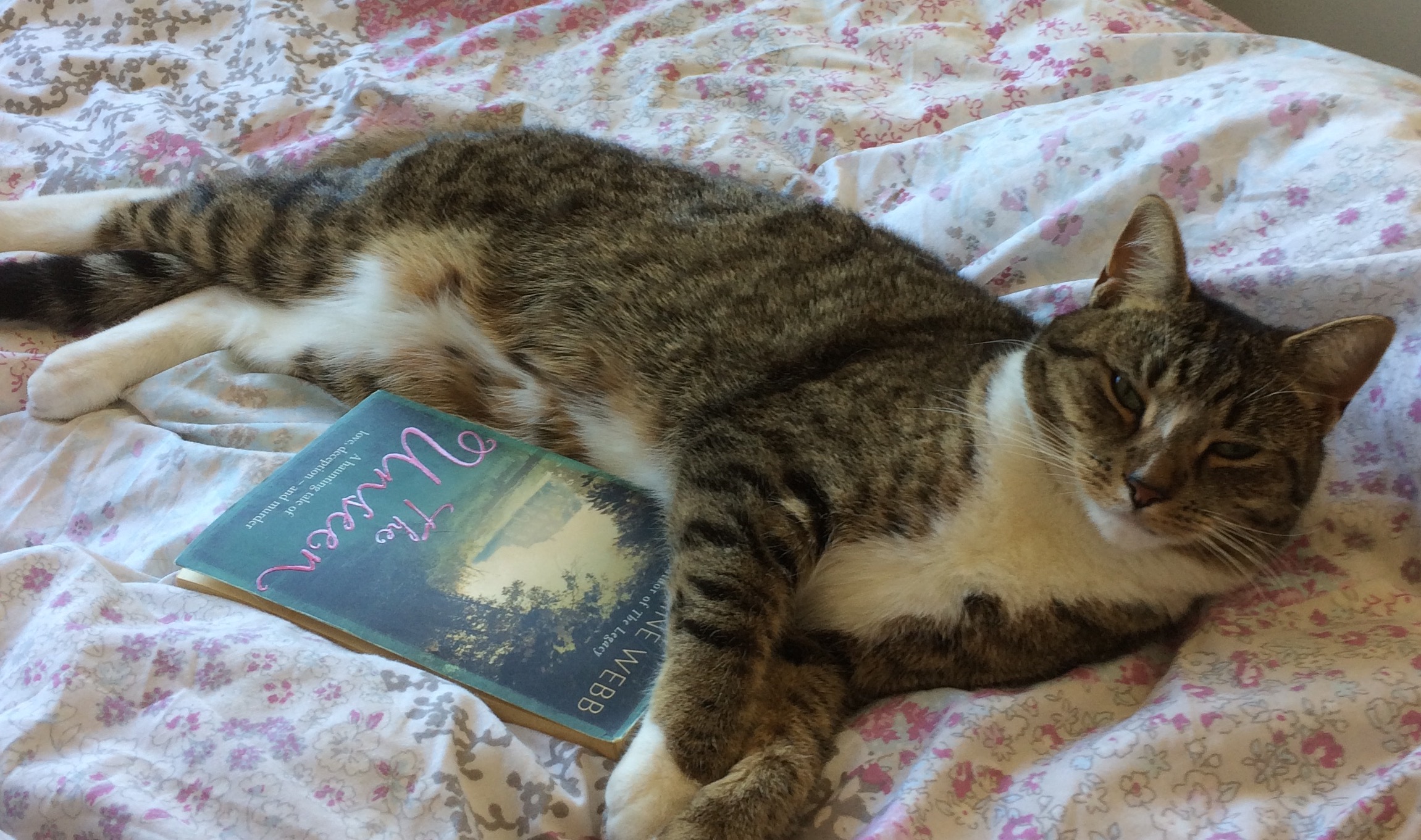 Firstly, I just wanted to include this picture of my cute little cat. Whenever I wake in the morning, she is always there on my bed laying with the book I’d been reading the night before. She does love cuddling up to any sort of paper whether it be newspapers, magazines or books.

Generally about mid-morning, if I don’t have to go to work, I take my dog to my local park. I must admit, I am very lucky to live near such a lovely picturesque place. There is a lake you can walk around with lots of areas for bird-watching, fishing, and viewing wildlife. 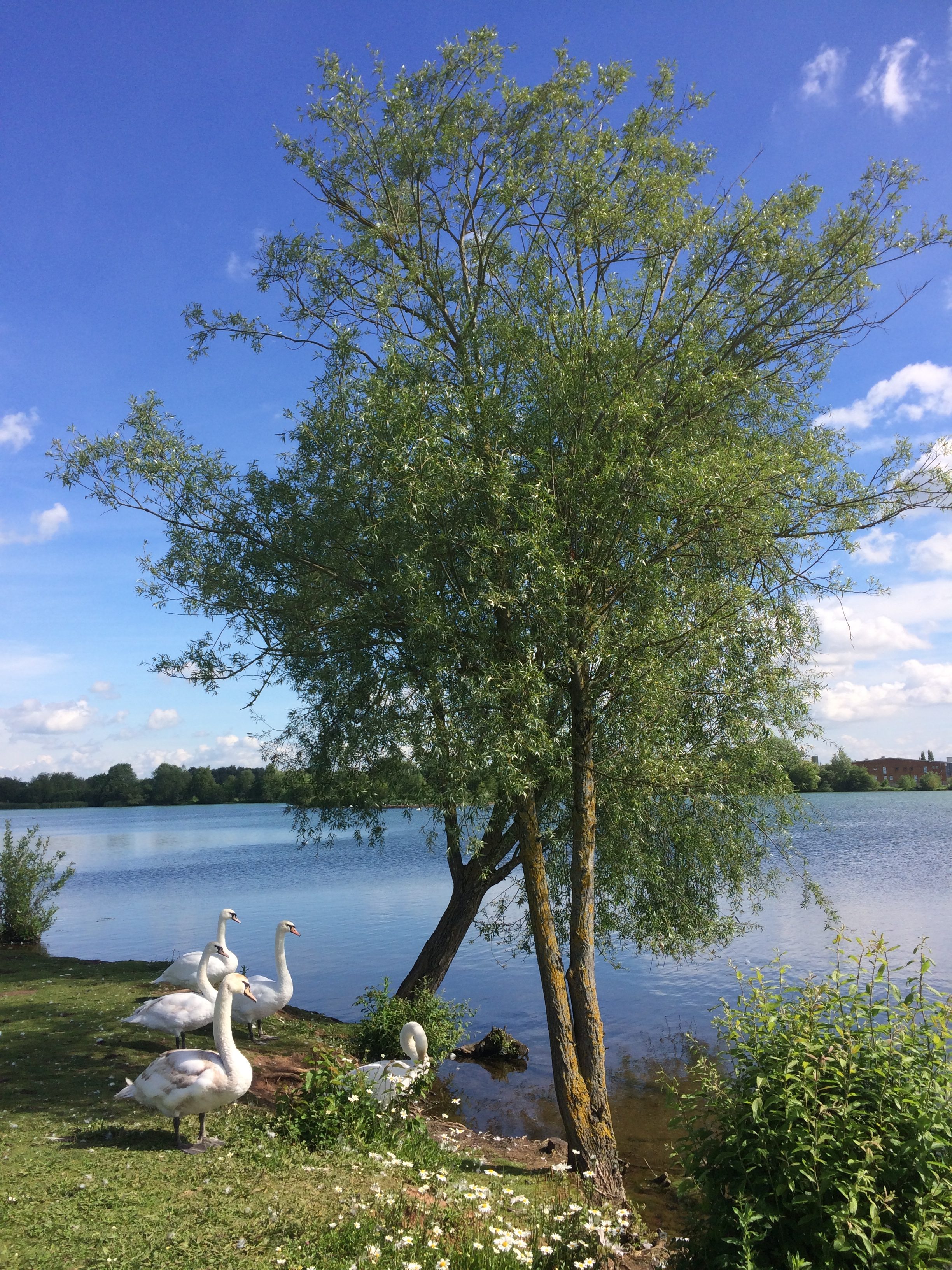 During the afternoon I went into my local town centre. I live in the city of Leicester in the East Midlands. I had taken a couple of photographs of ‘Leicester Cathedral’ which holds the remains of the English King, Richard lll. He died in 1485, and the whereabouts of his remains have been a mystery ever since. He was thought, however, to be laid to rest in a crude tomb within the former site of ”Greyfriars church’ in Leicester. A car park was excavated in 2012, and his remains were uncovered. He was finally laid to rest at Leicester Cathedral.

I have also included this delightful photograph of the ‘Leicester Guidhall’ which is next to the site of the cathedral.

The Great Hall itself was built in 1390 as a meeting place for the Guild of Corpus Christi, a powerful group of the gentry and businessmen. After its restoration, the Guildhall was opened to the public as a museum in the 1920s.

Today, the Guildhall is best known as a performance venue, with acts coming from across the country.

It is also a museum where visitors can step back in time and come face to face with ‘Emma Smith’, and ‘Crankie Gemmie’  two of Leicester’s well-known pick-pockets who can be found within the Victorian police cells.

After this little bit of sight-seeing, I fancied a latte with a sprinkle of brown sugar, my favourite. I also had a slice of walnut cake. This spot in the cafe is my place for special reasons. I love having a cup of coffee out and reading a good book. 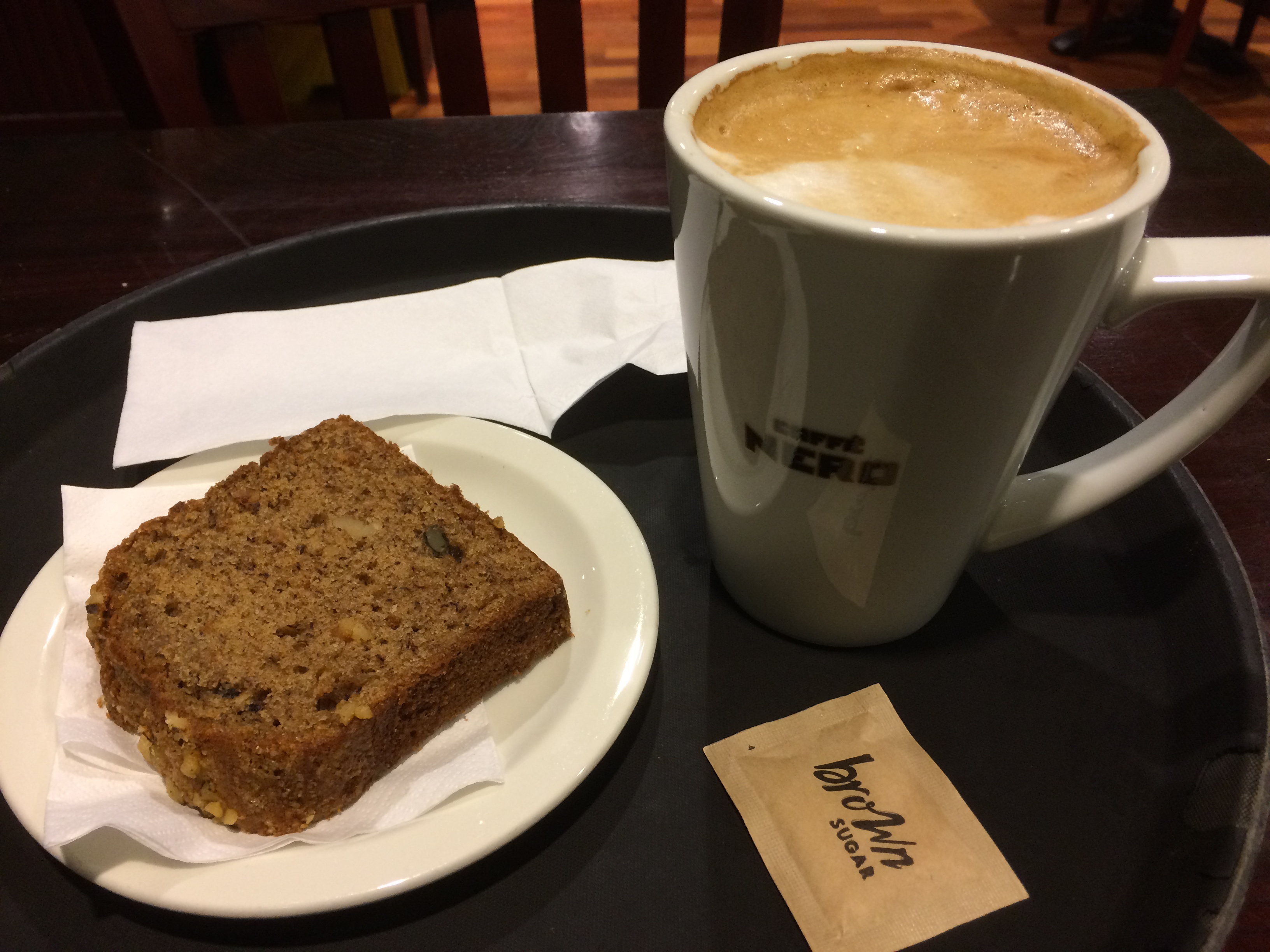 One of my hobbies is visiting historic places of interest. After a couple of days, I visited the pretty town of ‘Market Harborough’, which is about 12 miles away from Leicester. It is a very quaint town, with old buildings, interesting shops, substantial gardens and park areas. Market Harborough is located in an area which was formerly part of the Rockingham Forest, a royal hunting forest used by monarchs starting with William I. 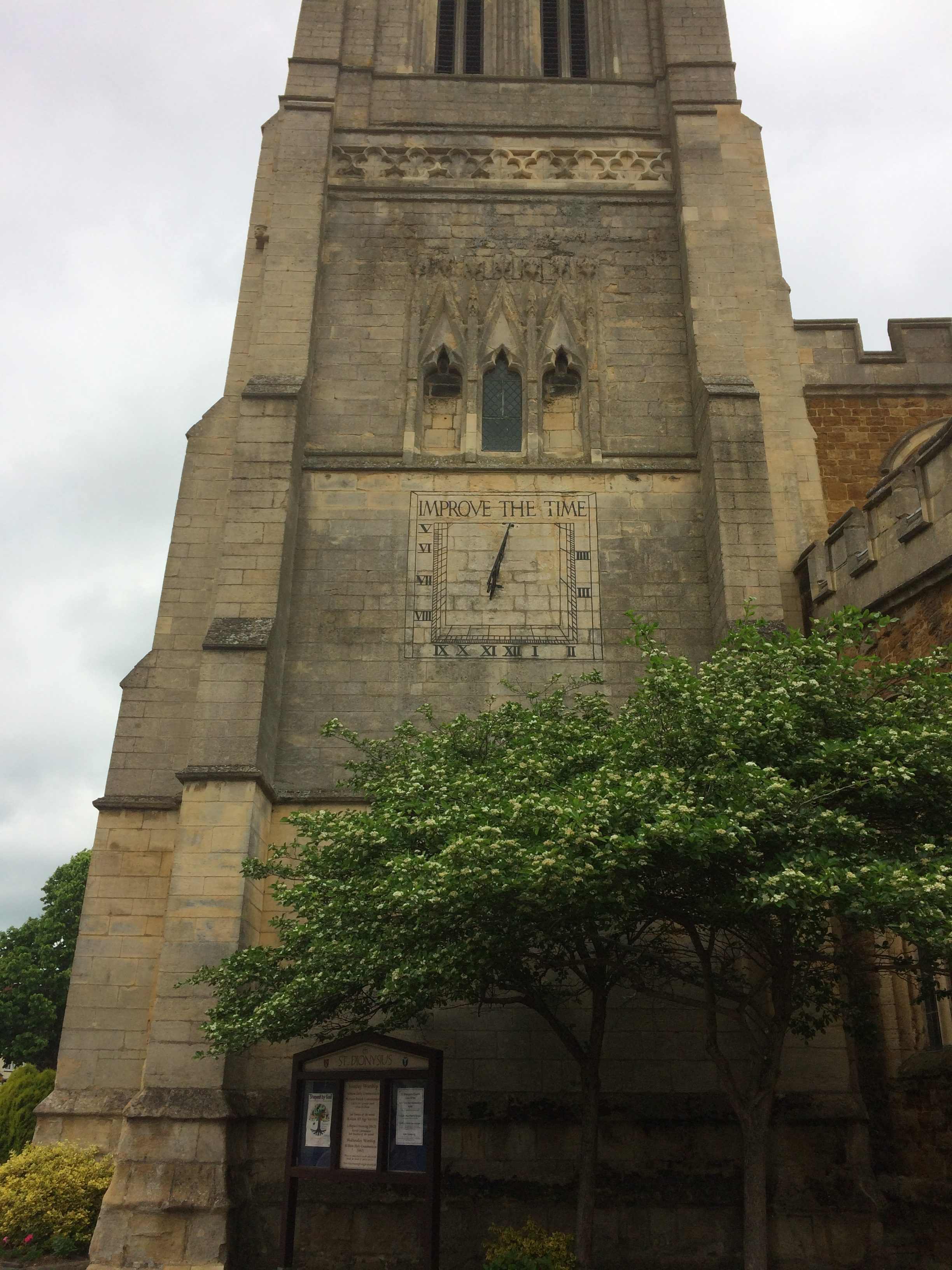 The centre of town is dominated by the Parish church of St. Dionysius which is situated on the street. There is no churchyard. It was constructed in grey stone in 1300, with the church itself a much later building added in about 1470. It is a lovely building to walk around. I took this picture of this sundial that is on one side of the steeple. I have never seen one of these before on a building. 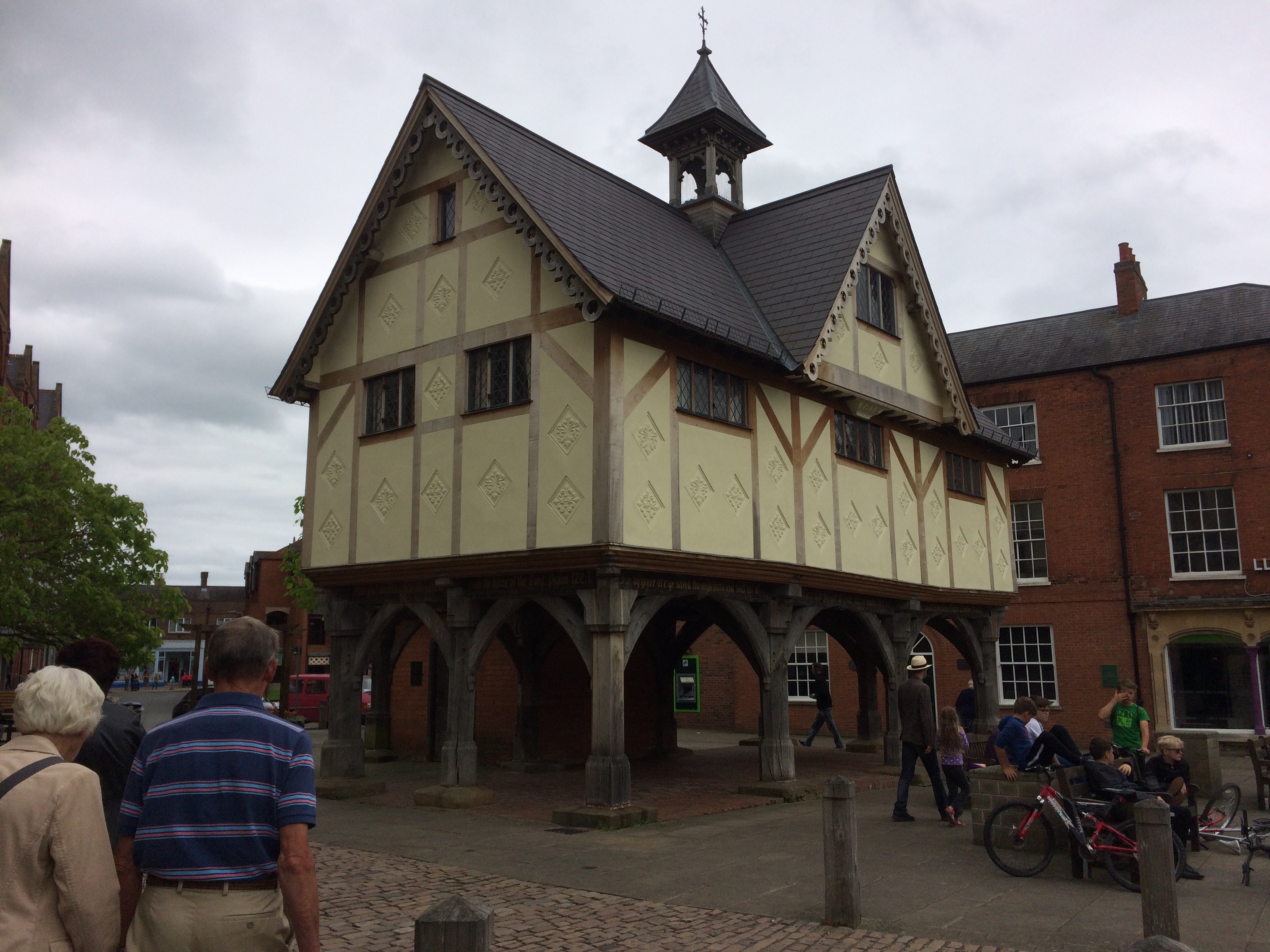 Next to the church stands the Old Grammar School, a small timber building dating from around 1614. There is a room on the first floor, with the ground level being open and covered as a market area. I really love old buildings like this and could spend a long time taking in the atmosphere. This building has become a symbol of the town and I can see why. The square nearby contains various old buildings with character, with many Georgian ones left untouched.

It is a lovely place to visit, and you can enjoy a drink or a coffee in one of the numerous bars and cafes where you can sit outside on a sunny day.

On the final day of my jaunts, I decided to visit ‘Bradgate Park’. This was the home of Lady Jane Grey, the famous monarch that had the shortest reign, only 9 days which ended in 1553. The brick country house is one of the earliest examples that’s now partly in ruins. The park is very large, with deer roaming free and pathways leading off the main route. I’ve been to this park throughout my life probably about 50 times. It really is beautiful. 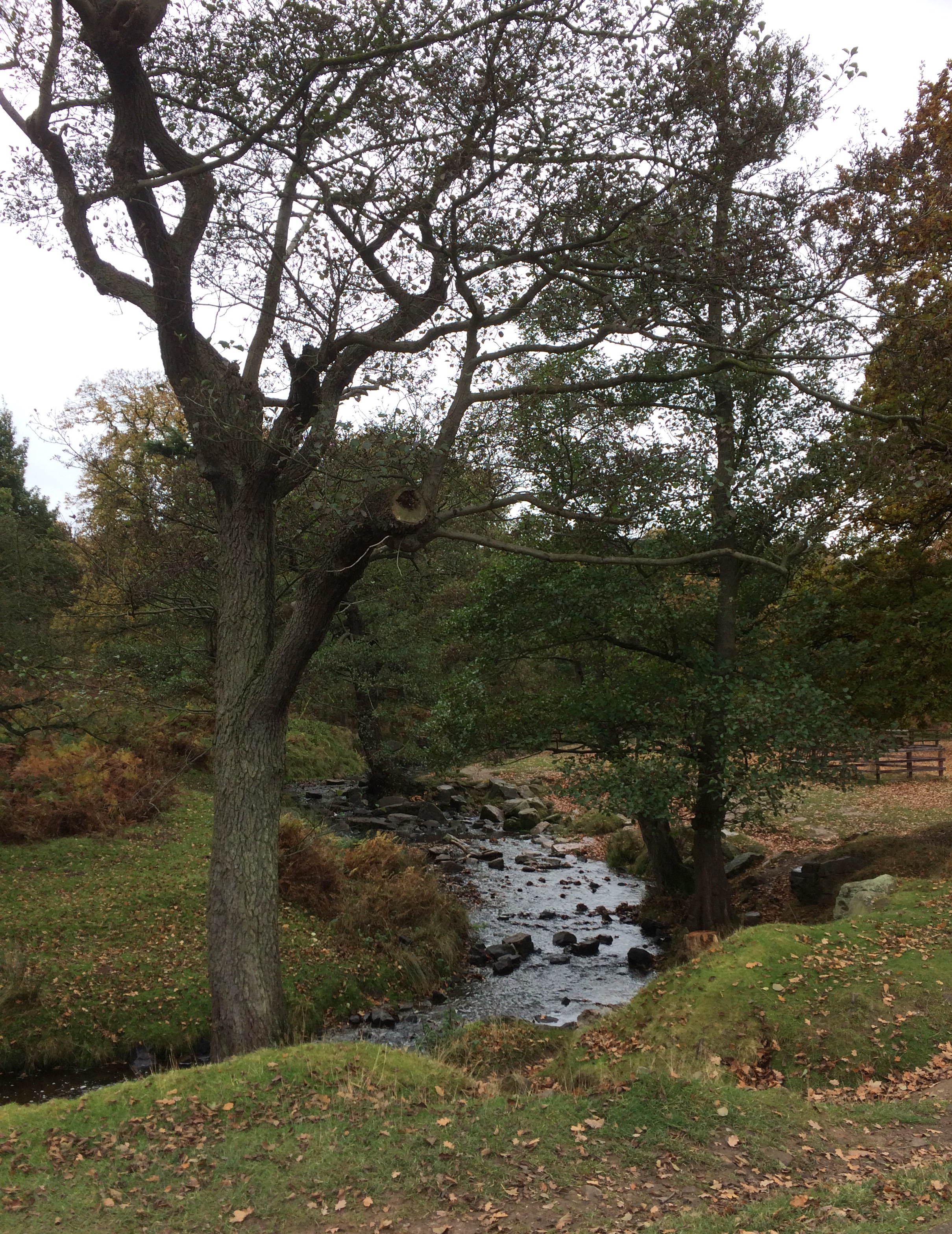 On my final day, I popped into the town centre once again on a very hot day last week, and my friend treated me to a coffee and an Icecream from ‘Gelato’. It was a mixture of chocolate brownie and mango! Great flavours individually, but not so great together. I could have eaten another one though! 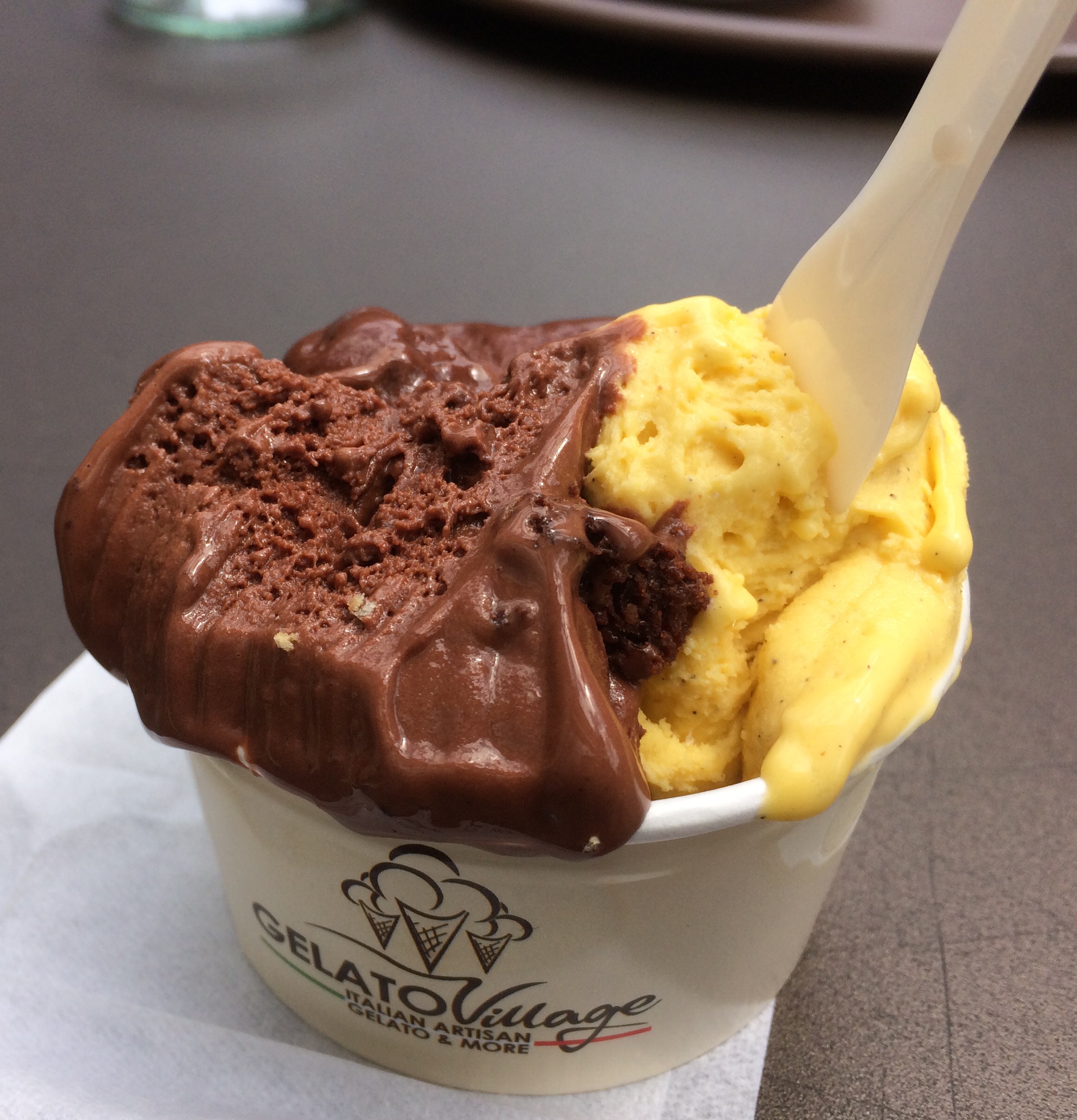 All in all, I’ve had a great week. I hope you’ve enjoyed looking at my photographs.