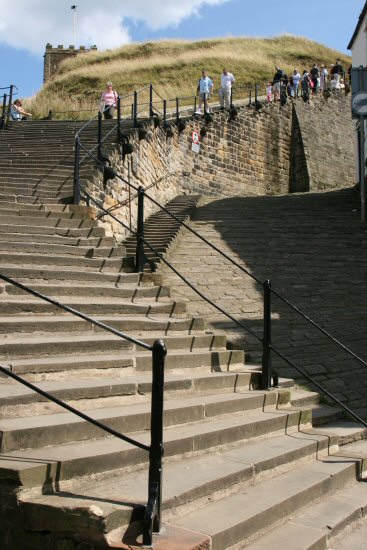 Have you ever been on holiday to the quaint and picturesque town of Whitby, in North Yorkshire? It is one of the most beautiful places I’ve ever been, and is steeped in historic buildings. My photographs were taken 2 years ago when I visited Whitby for a short break.

This is a photograph that I took as I descended the 199 steps that lead up to St Marys church and Whitby Abbey. It was a very steep climb and by the time I’d walked back down to the bottom I was pretty tired. But it was worth it!

There’s some debate on whether there really are 199 steps, so if you ever visit Whitby, give them a count. And while you do, if you feel the need to, there are benches at intervals to aid you in your wheezing and resting episodes, because you’ll need them I can guarantee. Hundreds of years ago wooden planks were put along the route for pallbearers to rest as they carried coffins up to the church of St Marys, which has been there on the cliff overlooking the sea since 1100. As you can see, the beautiful views that greet you as you approach the town as you descend, and it’s full of little quirky cafes, pubs and shops. Across the water in the distance you can see  more of the town, which is slightly bigger, with more seaside attractions etc.

But the reason why I was so excited to see the 199 steps, besides the historical context, is the mention of it in one of my favourite books ‘Dracula’ by Bram Stoker. The author visited the town during his life and he gained inspiration from the many historical buildings and surroundings which prompted him to include Whitby in his narrative. It was where Count Dracula transforms into a large dog, and from the wreck of the ship runs up the 199 steps to the church where things start to go terribly wrong.

At the top of the steps is of course St Mary’s church and Whitby Abbey. A christian monastery built in the 7th century that later became a benedictine abbey. It is a very beautiful building and has an atmospheric moody feel about it. The position of the Abbey and the church are situated overlooking the sea on the East Cliff above the town of Whitby in North Yorkshire. During the dissolution of the monasteries the abbey and its possessions were confiscated by the crown under Henry Vlll between 1536 and 1545.

Once you are there walking amongst the ruins, you become aware of how old the building is and the amazing views all around. It is well worth a visit if you ever come to this part of Britain. 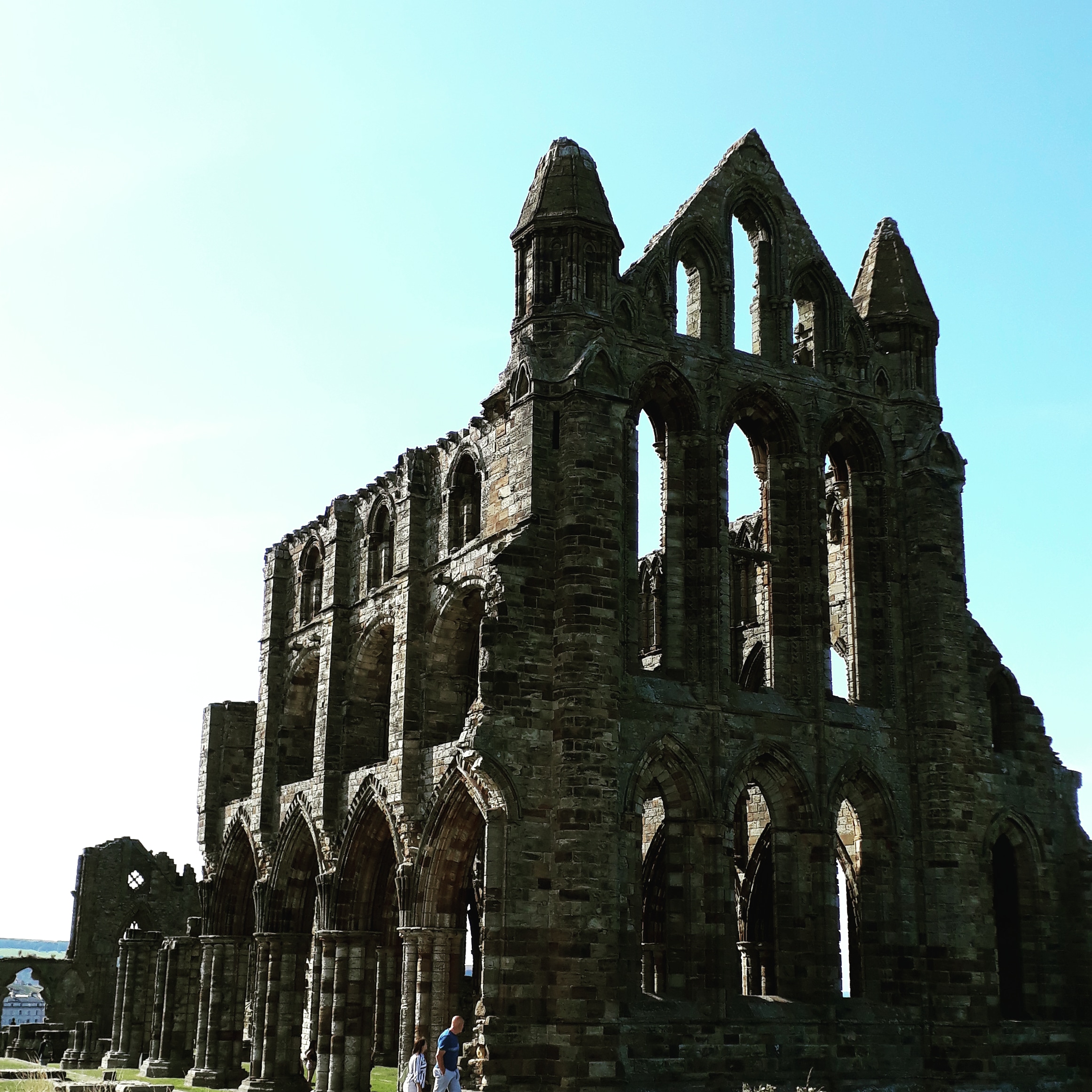