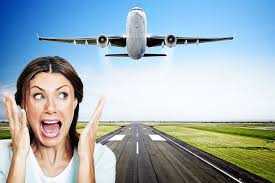 The (Blue) Pip – a flightless bird, found only in the British Isles 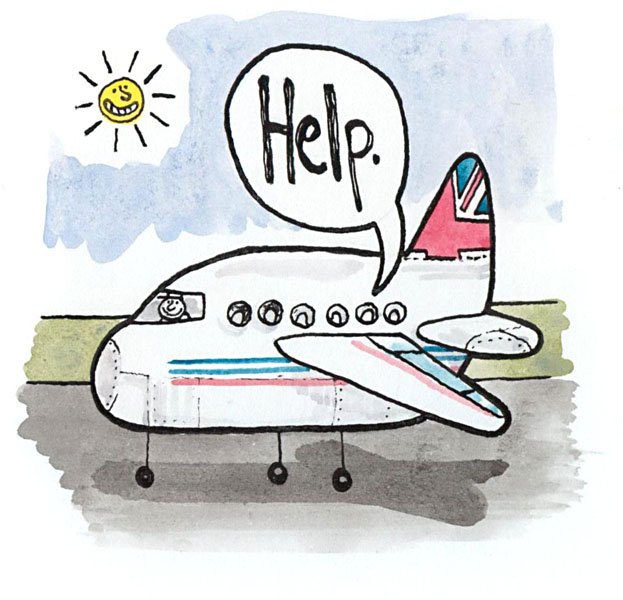 I’m also aware of how limiting it is for me, and I’m reminded of this now and again when asked where I’m going on my holiday. It is always in Britain, because it has to be. My French tutor recently asked if I would care to join the class on a 3-day excursion to beautiful Bordeaux – a one-hour flight at the most, which I know will be a wonderful trip, staying in a nice hotel with good food and plenty of wine. Oh the wine! Then the form of travel was discussed, quietly hoping it would be through the Euro-tunnel. No such luck. I would have to go on a plane, so I had to decline.

I have reached a point in my life where I absolutely refuse to feel guilty for this phobia, which it certainly is. I have been on an aircraft 15 times over the past 36 years. Each time I’ve been on one of the dreaded things, I am compelled to try to enjoy the experience, imagining that that particular flight will be fine and I will get used to it. Well I don’t. My flight ordeals have been a living nightmare from start to finish.

It genuinely amazes me how so many of my friends go on long-haul flights and actually get excited about it. I’m surprised that they return at all, and always wonder how the plane didn’t crash. Basically, you are shut in, in a long thin cylinder, with a gargantuan amount of weight to get off the ground. How the hell does it stay up there? Here, paying attention in school physics classes may have been useful. Oh well…

On my return from my 14th flight, I bought a book so I could try and understand the answer to this question. I read ‘All You Ever Wanted to Know About Flying,’ by Julien Evans, with an open mind and a sense of determined resolve. It was an excellent book, giving explanations on the way the wings work to lift and land the plane, and some of the basic science that I had assumed I would never need. Did it ease my fears by the time I reached page 128? Nope! The book gave me too much information!! Now I knew how CRITICAL the rudder is (very, and there’s only one of it), what could happen with an engine failure (depends…) and the workings of the auto pilot (used for the easy bits that don’t involve the actual ground).

Certain traits we develop as an adult can sometimes be traced back to our childhood. My father was a flying phobic. I remember vividly his strange antics when he boarded a plane. On one occasion, as we were ascending the steps into a 737, he mentioned loudly to the stewardess how he had noticed a leak coming from one of the engines. She reassured him (in a snooty tone) that the captain would certainly be aware if there were a problem with the aircraft. I was very embarrassed. Worse still, he used to sit with a bible on his knee for the whole journey.

Do I worry too much? Maybe so, but how much worry is the right amount? Should I be frightened by all those horrid little pinging, grinding noises as the plane bends and strains under the sheer and twisting forces as it ploughs through turbulence at 500 miles an hour? My mind races…friction! Metal fatigue! Rivets! Cracked turbine blades! Birds in the engine! Electical fires! AARRRGGGH!

I yearn to visit Rome, Italy, Egypt, Greece. I know I might only ever get to these places if I go on a long train journey, but that’s fine, because I can walk around, look at the beautiful scenery as we travel through each country, and be reassured that I am firmly on the ground, even if I’m travelling at break-neck speed.

When people used to ask me why I felt this way I always felt a little embarrassed after my explanation; but not any more.  The thought of being in a tin box 37,000 feet in the air, sitting there shaking, willing it to stay up, is the most tortuous thing I can imagine.

There were 11 passenger fatalities on British trains in 2016. The last time anyone died on an aeroplane to or from Britain was in 2009.

PS.. I’ve just looked up the diagnosis. I have aviophobia.