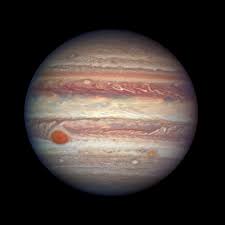 I was a shy 11 year old sitting in my first music lesson at secondary school on my first week. It was a big scary place. Lots of big kids jostling around in the corridors being noisy. I didn’t like my secondary school for at least 6 months, and after that I just kind of tolerated it, but school for me was a requirement, and I didn’t ever really enjoy it.

There were subjects I took a shine too obviously, as my school years moved on; but it was the more creative subjects that interested me most.

Anyway, the setting is set for me to give you a little story about a great man I met in that music room on my first day. His name was Mr McQuone, a music teacher who looked like Father Christmas. He was incredibly eccentric, had a bunch of about 30 keys on his belt, (you could hear him from the other end of the school corridor coming towards you) and he wore sandals on his feet ALL the time; even in the dead of winter with 3 foot of snow on the ground. I never knew why he had these little quirks, but they added to his personality and all the kids thought he was the Bee’s Knees. He was kind, thoughtful, calm and really loved his job; you could just tell!

This man instilled in me a love of Classical music.

I was sitting at my wooden desk, all nervous and unsure, and he called out my name on the register. He looked up when I replied announcing my surname and he said,

“Well goodness me”, he answered, “He was one of my pupils in the first class I ever taught here; now I feel old”.

He then explained in an animated fashion, all the little funny anecdotes that happened in times gone by when he first qualified as a new teacher at the school. He was great like that. A kid would ask him a question on purpose so that we wouldn’t have to do hardly any work, and he could talk for England. When I returned home, my dad was overcome with happiness with the knowledge that he was still there.

You see my dad never forgot him, and I have never forgot him, because he was one of those great inspirational teachers that you meet in your childhood that gives their time to you, helps you and genuinely loves their subject. I have spoken to many old school friends about Mr McQuone, and they all talk about him with admiration and fondness.

I imagine you, my readers, have a teacher that you remember for these very reasons. Please share your thoughts in the comments.

So back to the story. ‘Mac’, as he wanted to be known, started to talk about classical music and gave us a very interesting talk about it. This is, on reflection, a very difficult thing to do with a class of 11 year old’s, because the subject can be dry and a little boring. But he made it so interesting. I still remember it to this day, after 35 years.

He took out a vinyl record from his dusty cupboard, told us to close our eyes and relax. When the music began, I was hooked, and I listen to this piece of music even now and think about him and my school days.

I have included the piece of music on here for you to listen to; and dedicate this post to him as I learned only 3 days ago that he passed away not too long back. He was in his 80s, and inspired three generations of school children.

1 thought on “My Favorite Teacher”