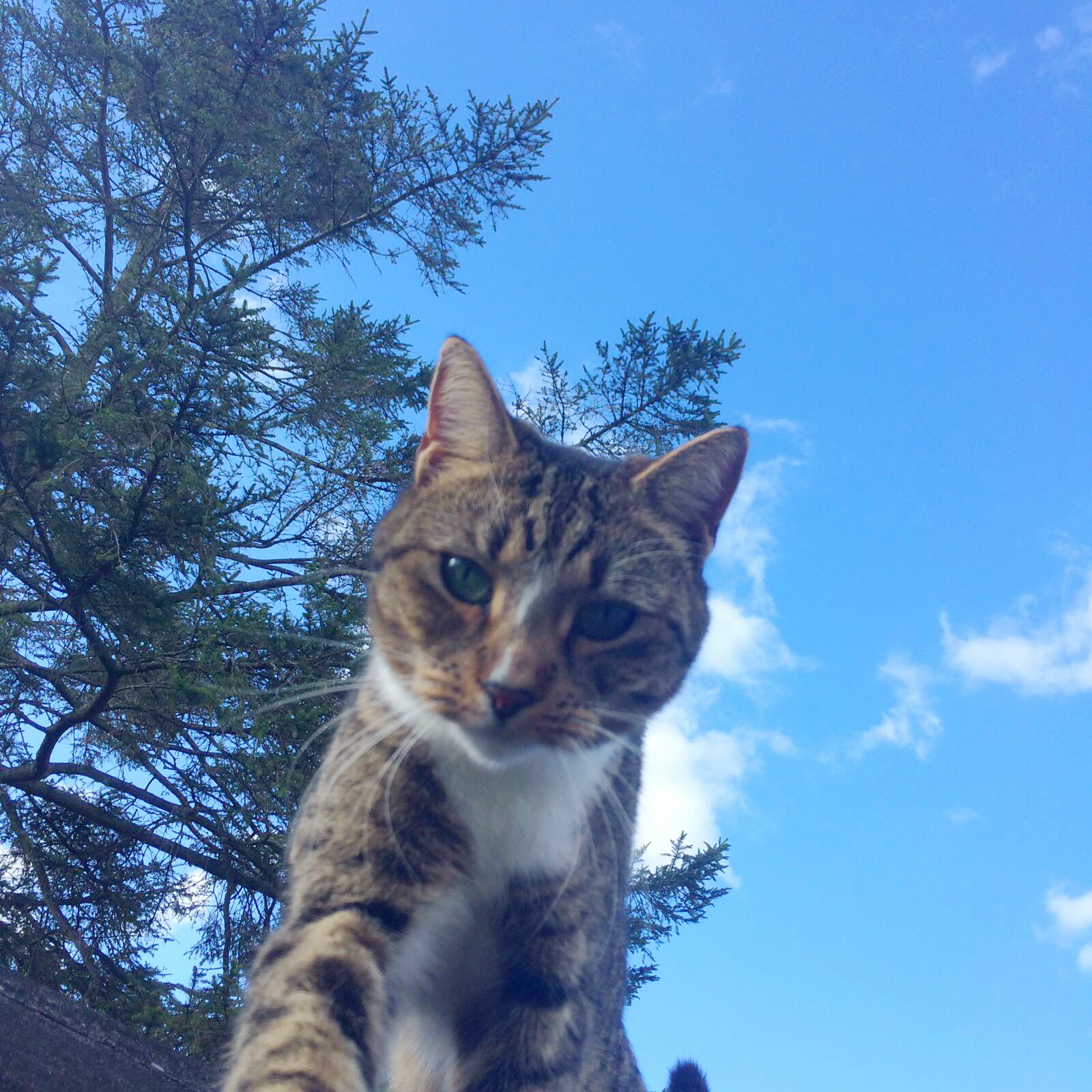 I was having a look through my phone during my lunch break today and deleted all the photographs that I’ve taken recently that I consider unnecessary. I must admit, wherever I go, I do tend to take lots because you never know whether you’ll catch something special.

I’ve decided to share with you the last 8 photographs I’ve taken with my phone recently and the reasons behind my snapping. 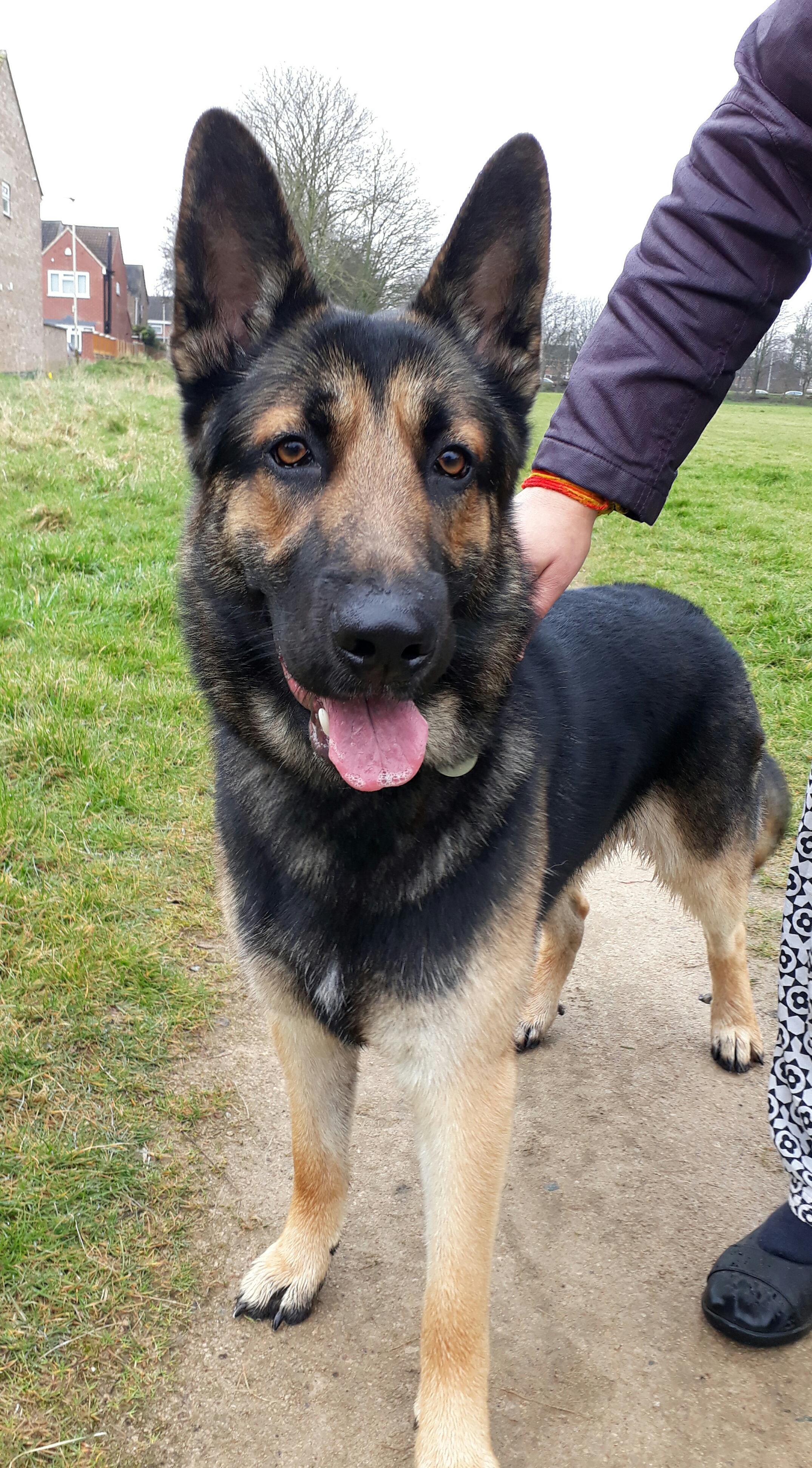 I  take my dog for a walk a couple of times a day and he has a German Shepherd doggy friend called ‘Prince’. I took this picture of him because I think he’s such a handsome dog. He’s 11 months old and quite spoilt so his owner confesses. Her 8-year-old daughter reads him a bedtime story at night and he falls asleep listening to her bless him.

We had some lovely sunny weather a week ago, and when I know that this lovely park near to where I live won’t be waterlogged, I take my dog down there for a walk around the lake and he has a little swim in the shallow parts. It is a nature reserve and there are some lovely birds to see. I took this picture of a group of swans. I think it looks really good. 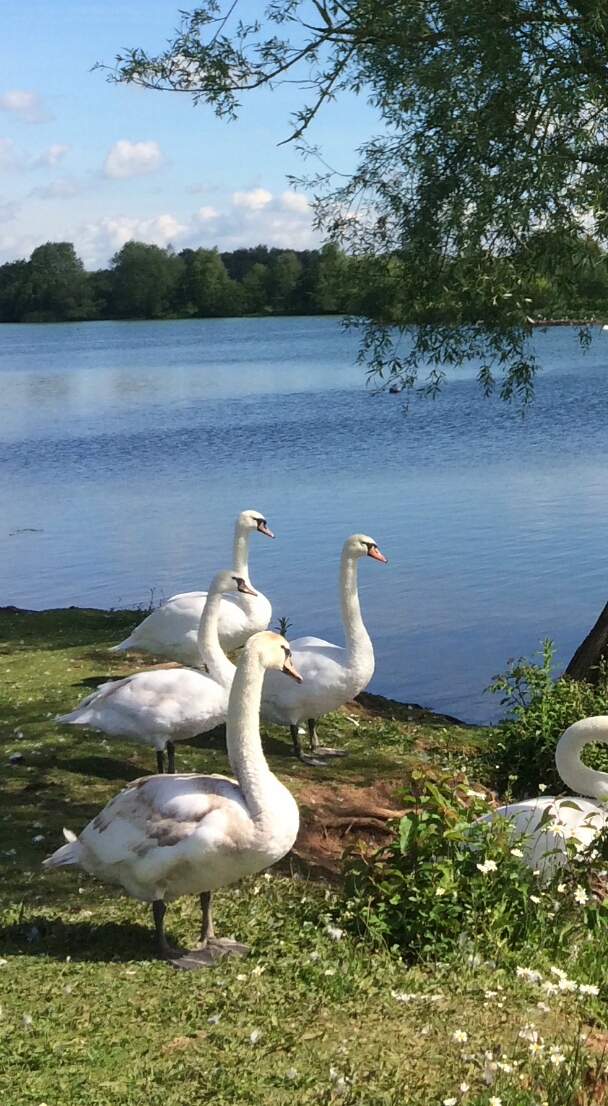 I was in ‘Loughborough’ last week doing a bit of shopping. This town is about 12 miles away from where I live and is quite famous for having a train station that has been used in films such as ‘Shadowlands’, ‘Enigma’, ‘The Hours’ and the series ‘The Crown’ on Netflix.  I walked around the city park and took this photograph of these lovely flowers in full bloom. The purpose of this was to paint them, but I’m not that great when it comes to painting flowers and foliage so I’ll see how that goes. 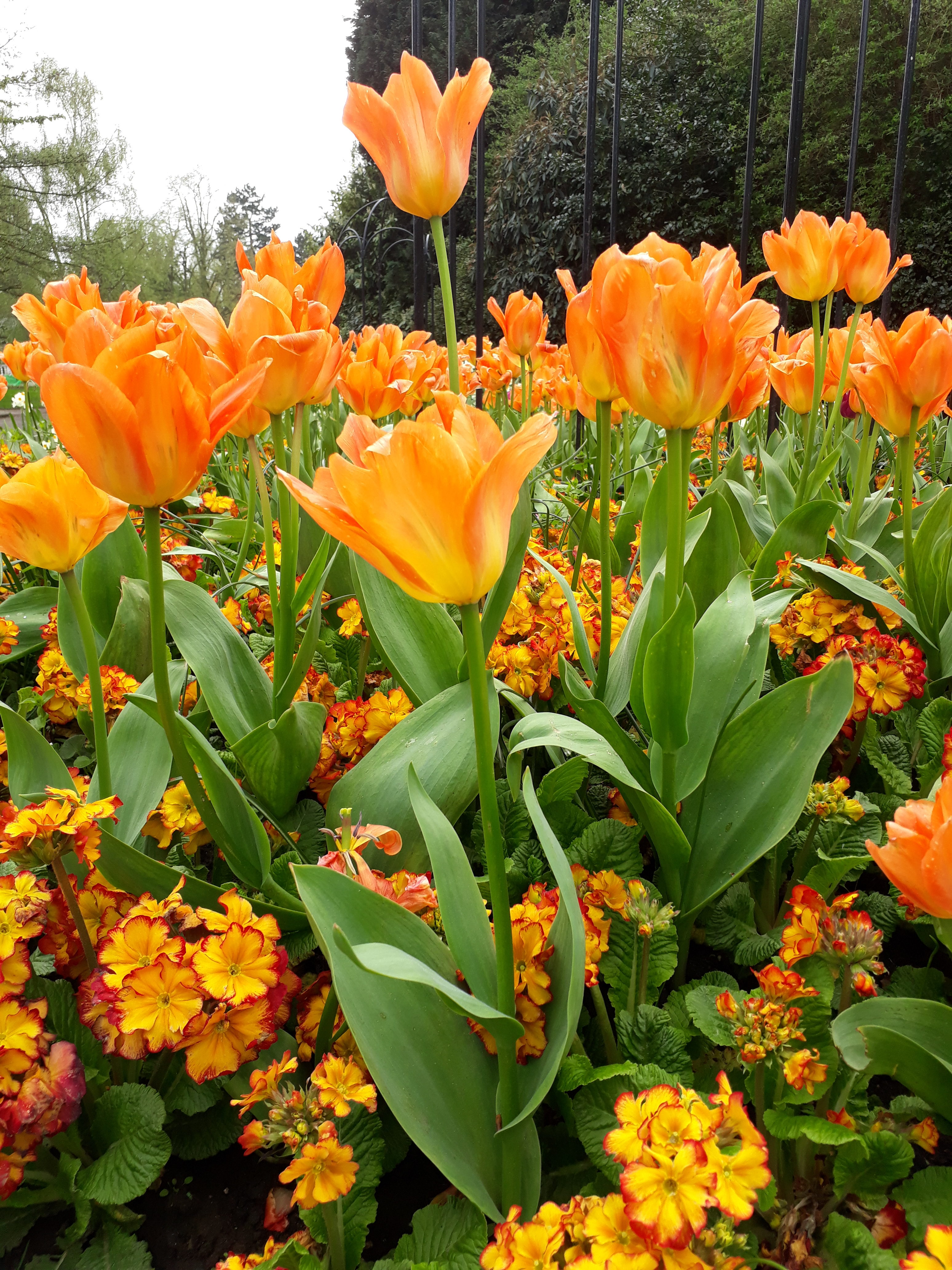 I think this photograph is quite picturesque. It was taken at Bradgate Park, in Leicestershire a few weeks back. There are hundreds of deer that roam free, and you can walk right up to them if you are brave enough. Just make sure they don’t see your sandwiches! 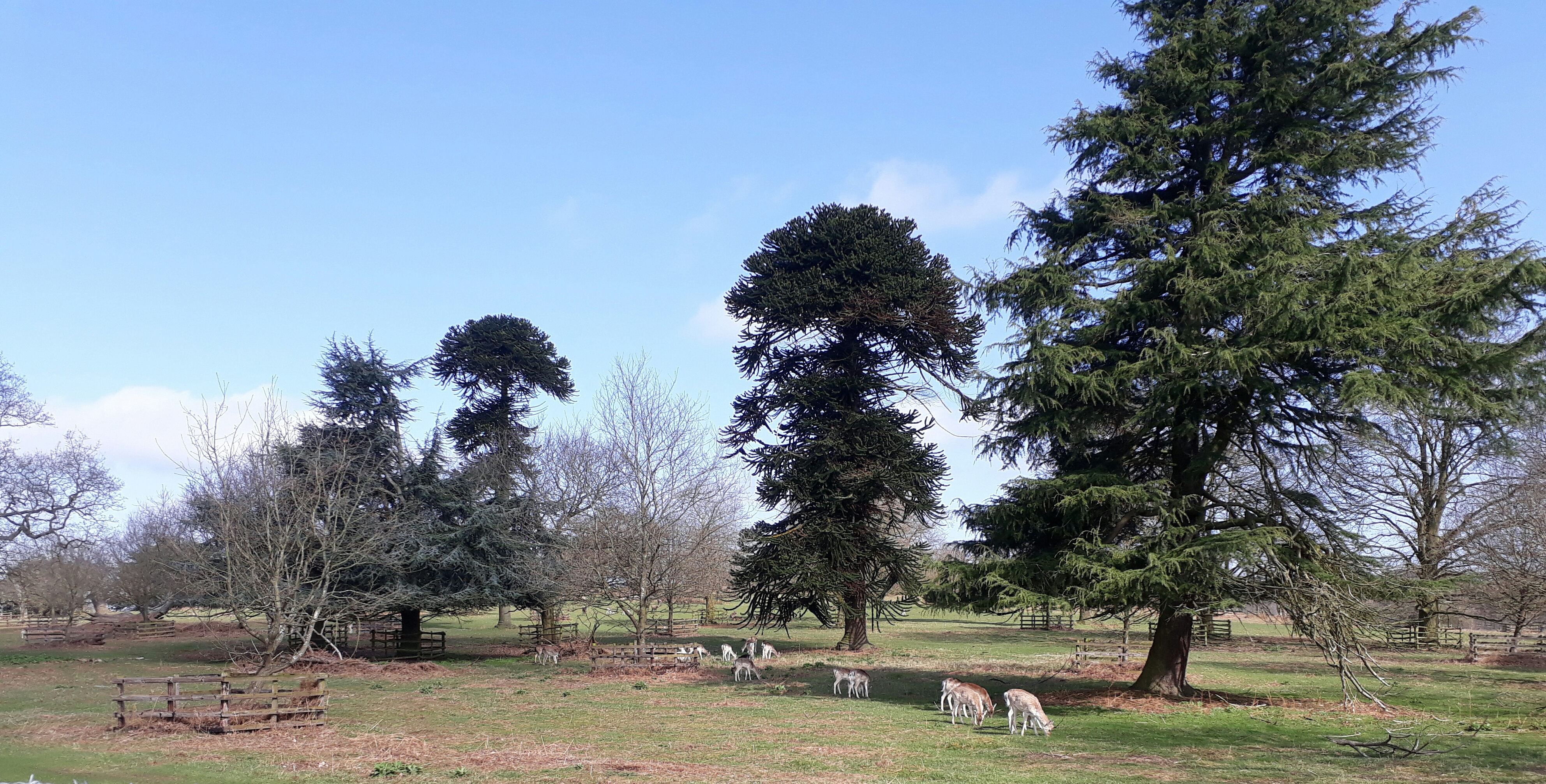 The one below was also taken at the park above but at a different time of day, late afternoon. I couldn’t quite make out what all the figures were doing on the summit, but I put it down to a meeting of dog walkers. 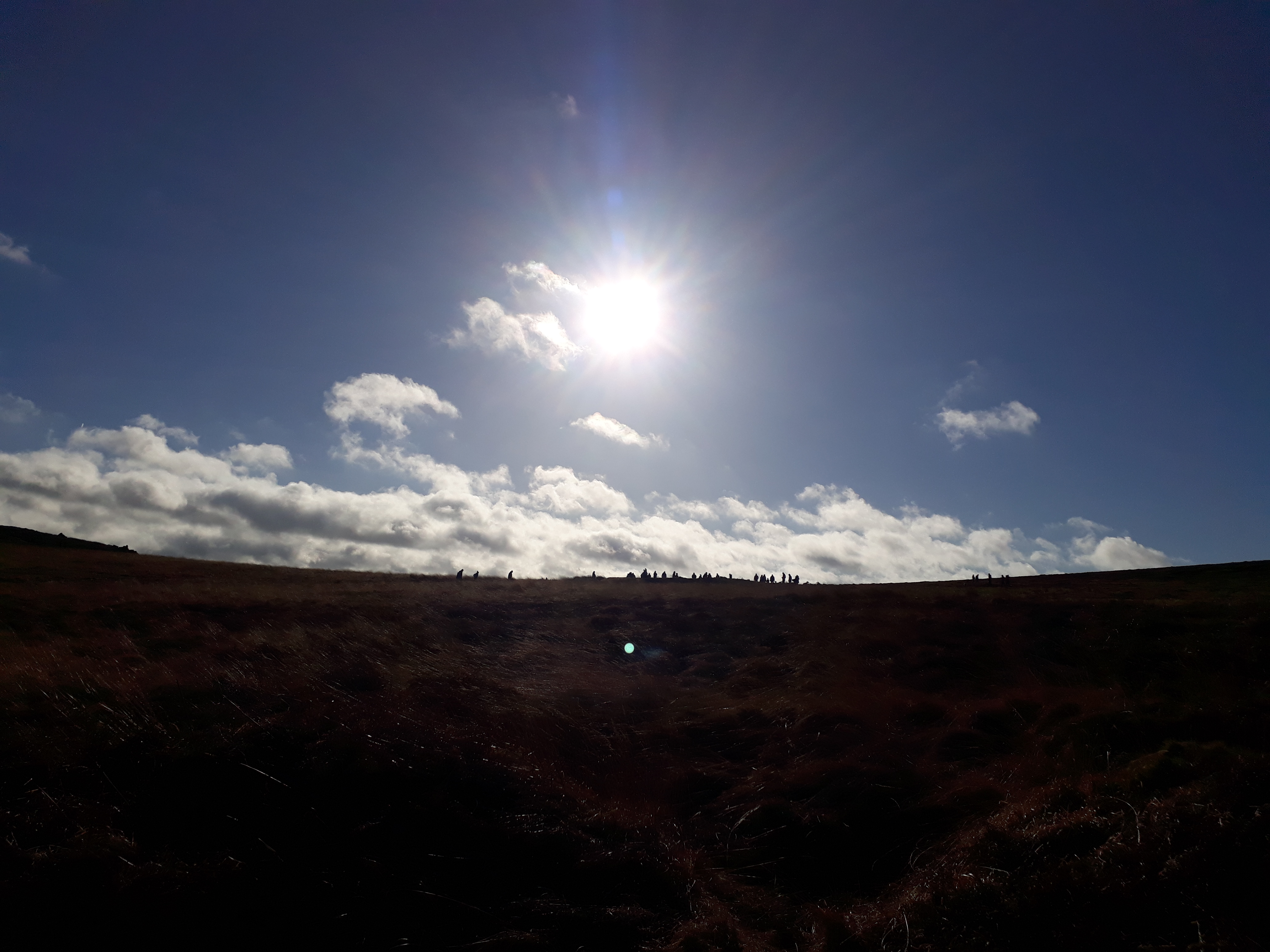 I took this next one of the crocuses that came at the park near me. I love these flowers because they are a confirmation that Spring is on the way. I haven’t seen much of the season as yet but I live in hope. My Labrador decided to photobomb the shot.

I’m a bit of a sad cow and think it’s worthwhile sometimes taking a photograph of my dinner. I’ll let myself off with this one though. In Britain, for a long, long time the only food items you could get by means of a take away was a delicacy called ‘Fish and Chips’. In fact, it has been proven that this meal is by far the healthiest take away you can eat. I have a ‘Chippy’ near me called the ‘Carlton’, well that’s what the locals call it because it used to be near an old 1930s cinema of the same name. I think they serve the best ‘Fish and Chips’ that I have ever tasted and I’ve been around a bit I can tell you. (Actually, that makes me sound like a right old tart! I apologize) 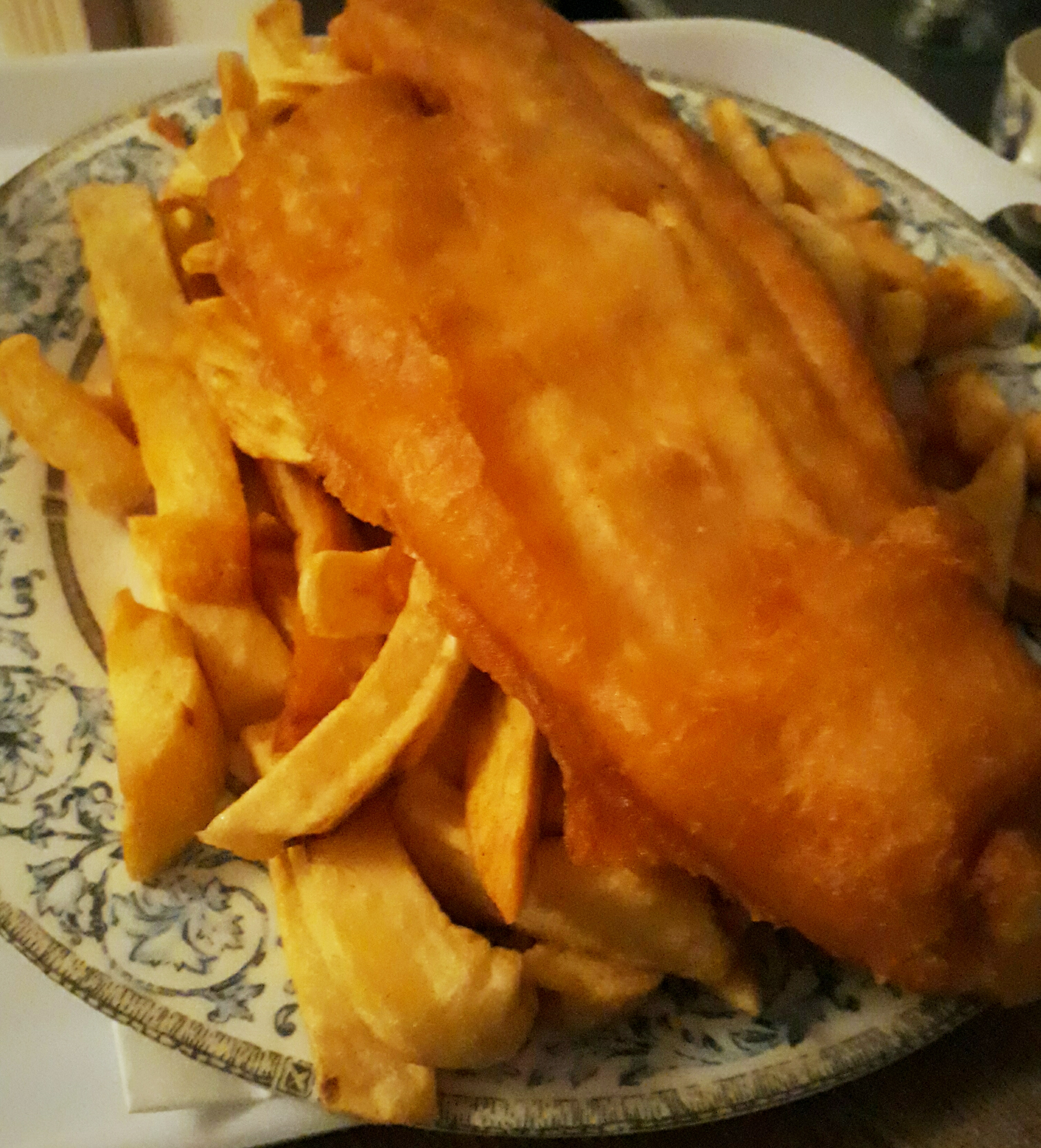 Now, this next one is very dear to my heart. I have a friend who is blind and this is a picture of the last guide dog he had. His name is ‘Pickle’ and he was truly a great friend and help to his owner. Sometimes my friend brought ‘Pickle’ into our local for a few drinks and we would buy him some crisps as a treat. This was the last time I saw him because he retired as a guide dog after being with his owner for 8 years and he was going to live with a family and spend his life running over fields and being thoroughly spoilt, which he deserved to be. He was a beautiful dog x 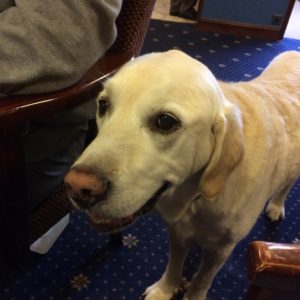 The last one below is from a trip I took with my boys at a zoo called ‘Twycross’ in the half-term holidays. We were walking inside the butterfly enclosure, swooning and dripping with sweat when we turned a corner and this bird was sitting there on the rock looking at us. He was very tame and quite beautiful to look at. I cannot for the life of me remember what sort of bird he is. Do you know? I would appreciate answers because it’s bugging me. 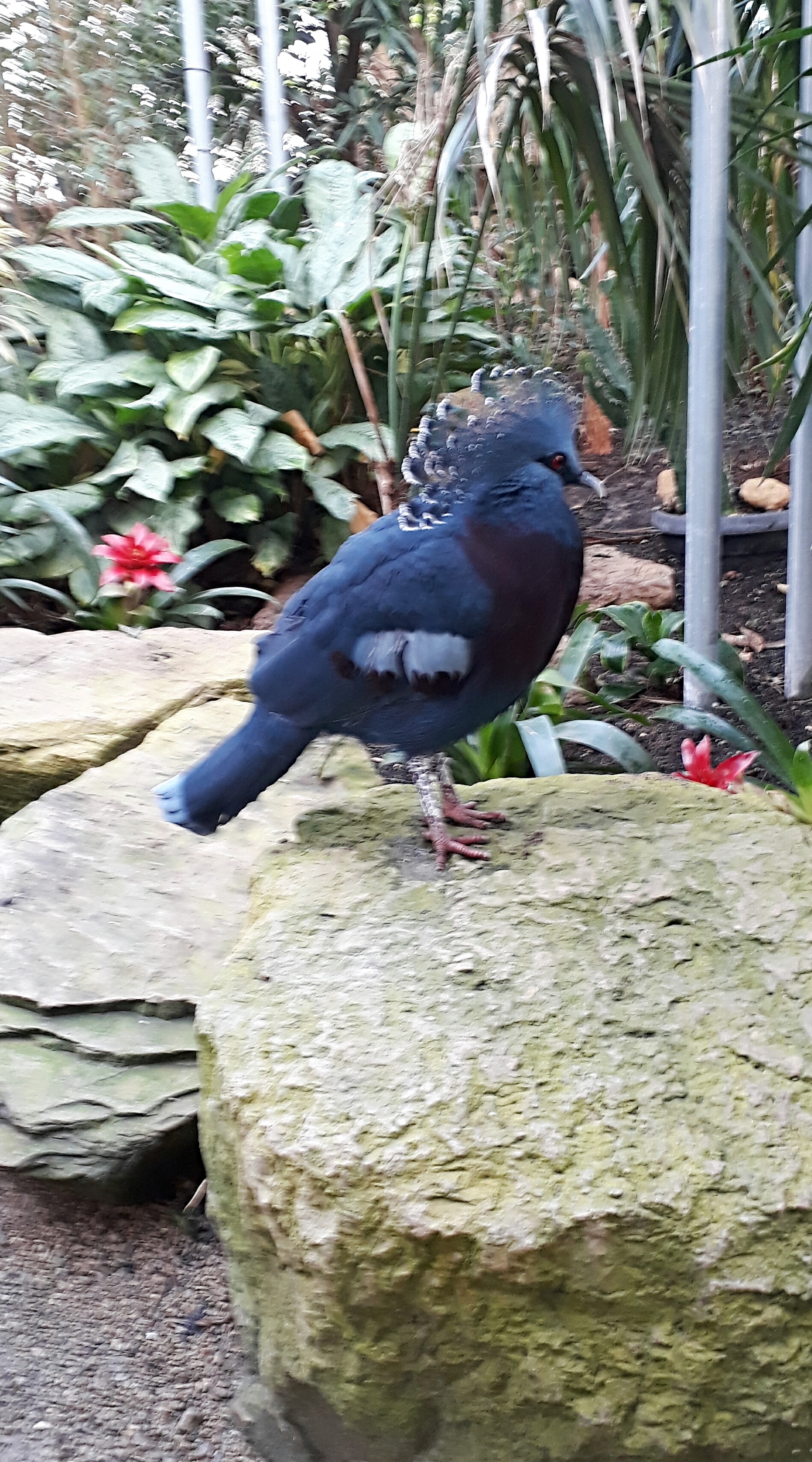 I hope you enjoyed my photographs x

PS… Got to include this one for all you chocoholics and donut lovers. A shared pudding with a friend. Podged up to the eyeballs with this one. Nom, Nom x 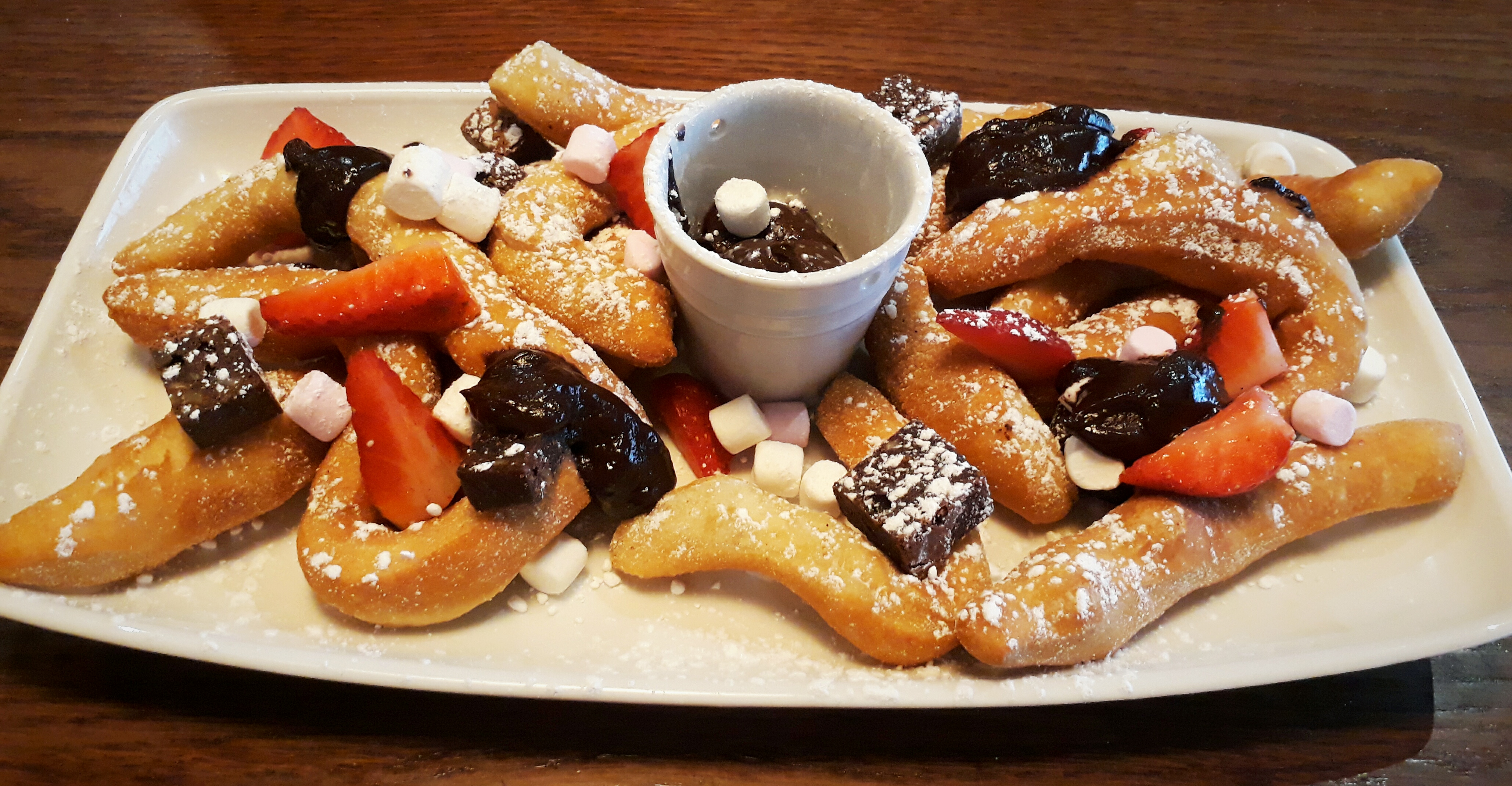 One thought on “My Last 8 Photographs”